How people of Antwerp made a Capital of Amsterdam

The Fall of Antwerp in 1585 offered the small town of Amsterdam unprecedented opportunities. Until then Antwerp was the main trading city in the Netherlands of that era, but with the fall of Antwerp, as a result of which trade with the city was mainly blocked from the outside, Amsterdam took over that position. Many Antwerp merchants chose domicile in Amsterdam; due to the blockade of the Scheldt by the Geuzen, Antwerp's influence diminished even further. 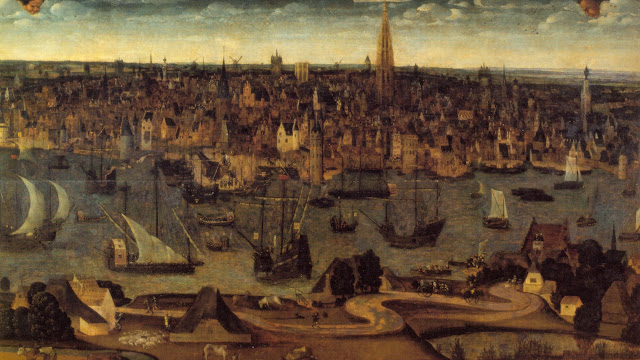 To what extent the migration of Antwerp and other, now Belgian merchants, contributed to the rise of Amsterdam remains a matter of debate, especially among Amsterdammers today. Some feel that their role was inconclusive. Others believe that this migration movement has brought in the necessary expertise and in particular the financial markets, insurance, and international trade contacts that would give Amsterdam and the present Netherlands its later prosperity.