There are almost 800 different kinds of beer in Belgium. One kind was very popular till the70's, it was even given to kids at school during their lunch break.

Beer to kids? You must be kidding! Well, let's go a bit further into this. The beers we are talking about were so-called table beers, a kind of beer that was specially made for people who can't drink alcohol. So it's was a kind of alcohol-free beer, a kind, because there was some alcohol in it. between 1 and 4 percent alcohol. The most popular table beer was Piedboeuf, it had 1.1 percent alcohol in it and there was a lot of sugar added to make it as sweet as Coca-Cola.
A good marketing strategy made that it was well distributed in almost all schools in Belgium. The reason was that it would be very healthy for them, because of the natural ingredients and of course the sugar. It would make them grow fast and strong. It would even be good for pregnant women and for women that were breastfeeding their baby's.
Later research learned that it wasn't healthy at all and the Belgian government had forbidden to give the kids any kind of beer, a law was made to prevent them from drinking beer before their 16'th birthday. They can, however, still have drinks with a lot of sugar. 10 times more sugar than the sugar that was added to the table beers. 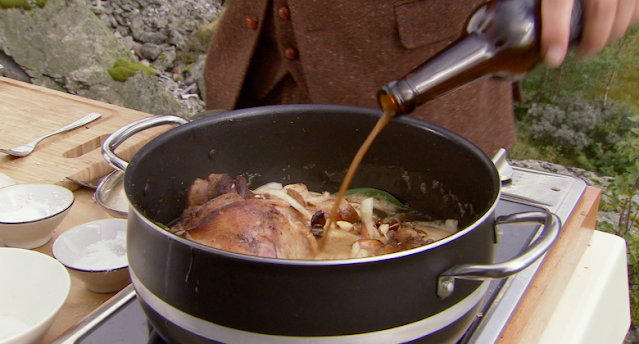 Still today the table beers are sold in supermarkets, but they aren't as popular as in their glory days. They now are mostly used for cooking as a secret ingredient. Belgium, a country of beers.