Our Lady Guimauve sweets, still popular after all those years 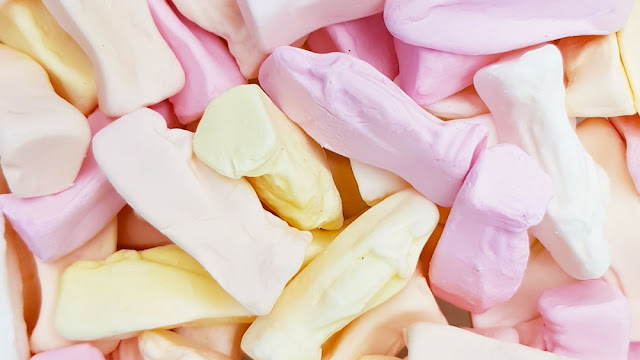 They are typically Belgian, 60 years old, and still trendy, without a penny of advertising. The Our Lady sweets or Guimauve are the classics among the end-of-year sweets, they are made in the small factory Etna near Brussels and have the shape of an Our Lady statue. Why is it that this somewhat old-fashioned candy remains so popular? At least not through clever marketing but it's a traditional sweet candy that is being past over from father to son or mother to daughter. Picture courtesy of Etna You can find them everywhere in Belgium, going from small local shops to exclusive Belgian chocolate shops. The soft candy is not made from chocolate but with  sugar, glucose, dextrose, gelatin, and added natural and artificial flavors.  Every day, 700,000 Maria sweets roll off the production line, all year round. Next time you visit Belgian, look out for this traditional Belgian candy, a good alternative to that other famous Belgian candy, Chocolate.
Post a Comment
Read more

The history of Antwerp 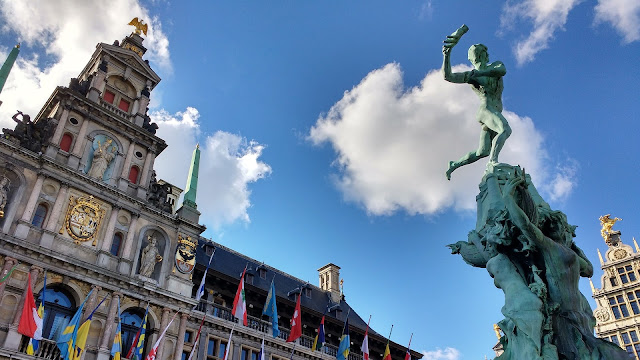 The name or toponym "Antwerp" is explained toponymical and archaeologically from the name given to the site of the first settlement, which was called "Anda Verpa". This is probably an Old Frankish reference to 'near the grounds', for example, a place in a bend of the river, the appropriate site for a settlement at this time. It is not so that the name of the city comes from Silvius Brabo, a folklore figure. According to a legend, he was a Roman soldier who killed the giant Druon Antigoon, cut off his hand, and threw it into the Scheldt river. In the language of the time that would mean Ant (hand) and Werpen (throwing), but that is a legend that was later partly accepted as accurate. Brabo became the official symbol of the city and got its own statue in front of the town hall, throwing the hand of the giant into the river. Picture by Pixabay Over time, the name changed to Antwerpen, in English Antwerp. The settlement grew into a bustling port city, thanks in
Post a Comment
Read more

The history of Manneken Pis in Brussels 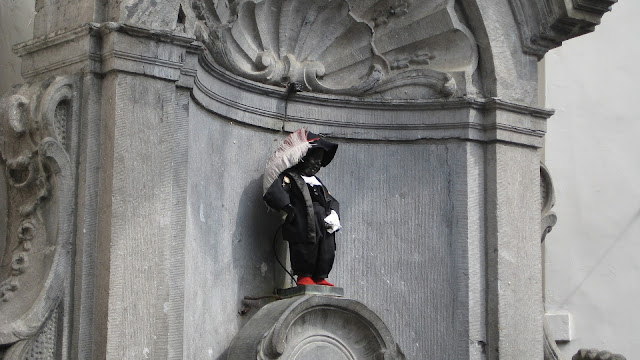 The story of the Manneken Pis, a small bronze statue of a urinating boy located in the center of Brussels, is a long and interesting one. According to legend, the Manneken Pis was created in the early 1500s to honor a young boy named Julian who, during a battle, put out a fire by urinating on it. The statue was created to commemorate this heroic act and became a symbol of the bravery and spirit of the people of Brussels. Over the years, the Manneken Pis has become a beloved and iconic symbol of the city of Brussels. It has become a popular tourist attraction, with people from all over the world coming to see the statue and take pictures with it. Picture by Pixabay In addition to its fame as a tourist attraction, the Manneken Pis has also become known for its many different outfits and costumes. The statue has a large collection of clothing and accessories that it wears on different occasions, including traditional Belgian costumes, military uniforms, and even superhero outfits. Despit
Post a Comment
Read more

The largest peel and fries slicer in the world 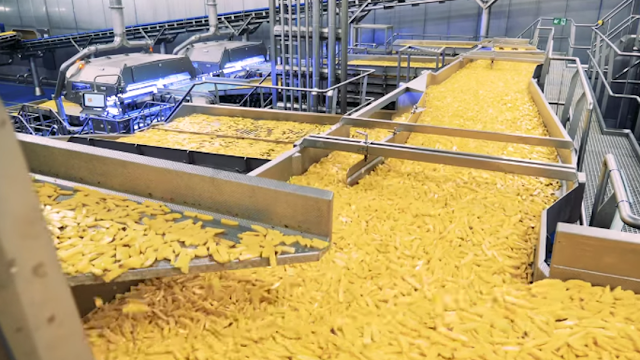 Everyone should know by now that fries are Belgian and not French, so they are referred to as Belgian fries and not French fries, you should adjust the pronunciation if you haven't done that already. The most modern and largest Belgian factory in Europe is, of course, in Belgium. 3.5 million kilograms of fries a week roll off the production line in the small town of Poperinge. Aviko is the global market leader in refrigerated chips and one of the four largest potato processing companies in the world, they mainly produce frozen chips for the whole of Europe. Colossal steam engines peel potatoes in seconds, a river of potatoes goes through cutting machines at 90 per hour, and robots scan day and night for defects and black dots, so that only perfect fries remain real Belgian fries.
Post a Comment
Read more 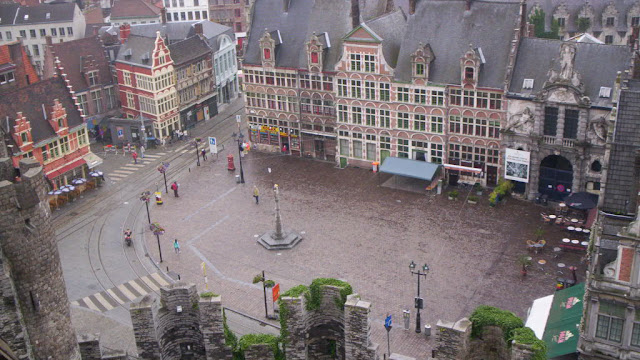 In the city of Ghent, there is a square that used to be known as the square of death. In the Middle Ages and even long after, all kinds of executions were carried out on the market square. The square is just in front of the centuries-old Castle of the Counts. and has the name Veerleplein. From 1407 until the end of the 18th century, the square served as a court for criminals. It was the only place of punishment in Flanders for counterfeiters. The fact that counterfeiters were punished here had to do with the location of the count's mint in nearby Gravensteen. The counterfeiters were thrown into a cauldron of boiling oil or boiling water. On March 17, 1540, nine of the leaders of the Ghent Revolt were beheaded here by order of Emperor Charles V. Five more followed on May 4. The same fate was suffered here, by Jan van Hembyse, one of the leaders of the Ghent Republic in 1584. Picture by Mith Now that Ghent is mainly a tourist city and executions are a thing of the past, the city cou
Post a Comment
Read more

The Belgian apartment in Buckingham Palace 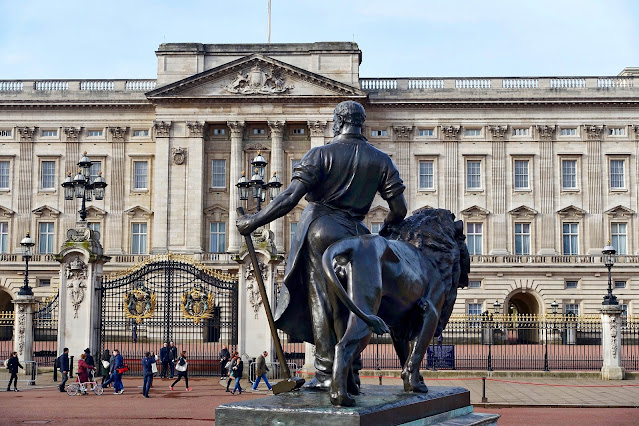 Did you know that there is a Belgian apartment inside Buckingham Palace? Buckingham Palace is known as the administrative headquarters of the British monarchy. Although the immense palace was not Queen Elisabeth's favorite residence, it was her official residence. Some of the 775 rooms together form the Belgian Suite, an apartment where the Queen herself lived with Prince Philip. Her two youngest sons, Andrew and Edward were born there. Later she accommodated her most distinguished guests in the apartment, such as Barack Obama, George Bush senior and George Bush junior, Ronald Reagan, and Gerald Ford. Picture by Pixabay The Belgian Suite is a reminder of the strong ties between the British and Belgian royal families that go back to the first Belgian King Leopold I.  Even after his coronation as King of Belgium, Leopold I often visited Buckingham Palace to visit his beloved niece, Queen Victoria. He always stayed in the same apartment. Because the King of the Belgians stayed there
Post a Comment
Read more

From a drug alley to an art center 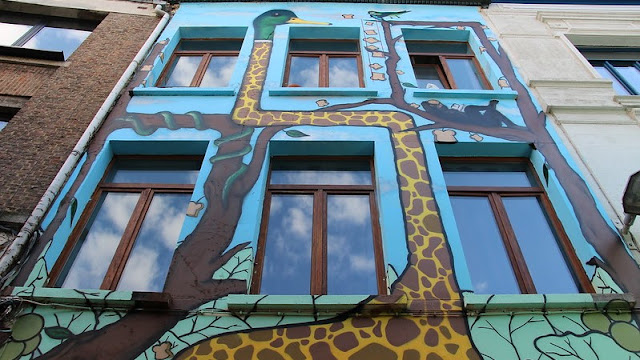 Kopstraatje, a small street between the Kammenstraat and the Nationalestraat in Antwerp, was known for years as the home base of taggers, drug users, and addicts. In September 2012, however, this changed when artists gave this notorious alleyway a great makeover during a three-day graffiti jam, an initiative of Sketchual consisting of volunteers from youth center Kavka. At the initiative of the Kop organization, the Artists Supporting Platform, the Kopstraatje was further embellished in the autumn of 2014 by the Brazilian Onio, assisted by illustrators El Neoray and Vagabundos. Picture by Fred Romero Do you want to see special graffiti art in Antwerp? Then this is the place to be. Free to visit, close to the city center and very near to the famous Fashion Museum.
Post a Comment
Read more
More posts