Before the castle existed, there was an old farm on the site called Du Maugré The name meant cursed place. In 1465 the farm belonged to Jehan de Henry van Nimes. In the 17th century, the farm was sold to the Martin family. In 1745 Michel Licot, ironmaster of Vireux, bought the farm and the surrounding land. 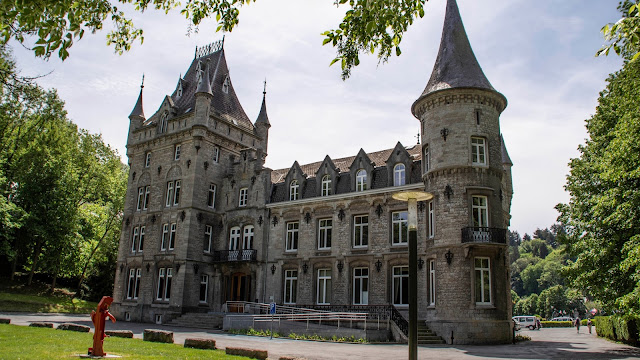 Between 1864 and 1890 the farm was transformed into a castle, under the direction of August Licot, their grandson, because the Licot family made a fortune with the iron ore business. Later the decoration of a park and a pond was added. For 175 years the family Licot keeps making a fortune and owned the castle but the first world war ruins the family and makes an end to this. During the First World War, the castle served as quarters for the German commanders. Because of this, it was never completely destroyed.
In 1923 the municipality bought the domain. In 1964 the castle underwent a restoration in Renaissance style. The Licot Castle as it is today, on the edges of the Eau Noire, was completed in 1977. After the merger of eight villages, it is now in use by the municipal administration of Viroinval.
Castles