Archbishop Charles of Lorraine, governor of the Netherlands and brother-in-law of Empress Maria-Theresia of Austria, had ordered to build a church on top of the Coudenberg in Brussels. The church was later called the Saint Jacob-on-Coudenberg. French architects Guimard and Montoyer were commissioned to design the neoclassical building. The Archbishop laid the first stone in 1776. The church was finished in 1787. The King's square was later built around it. 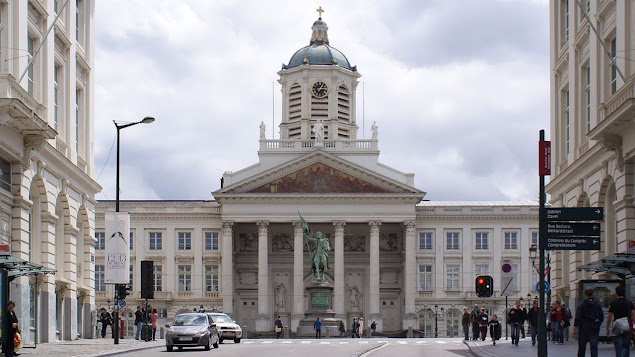 The front of the building is preceded by an imposing Greek-Roman colonnade with six Corinthian columns crowned by a triangular fronton. The neoclassicist interior with brickwork and heavy Corinthian columns includes oak-shaped chandeliers in Regency style, a wrought iron fence in Louis XV style, and a neoclassical organ of Pierre Schyven dating back to 1884.
Brussels Churches