The Martelarenplein or in French Place des Martyrs is one of the classicism style squares that were built in Brussels during Belgium's Austrian Occupation. Today the very stately square and the building around it is the home of the Flemish government. 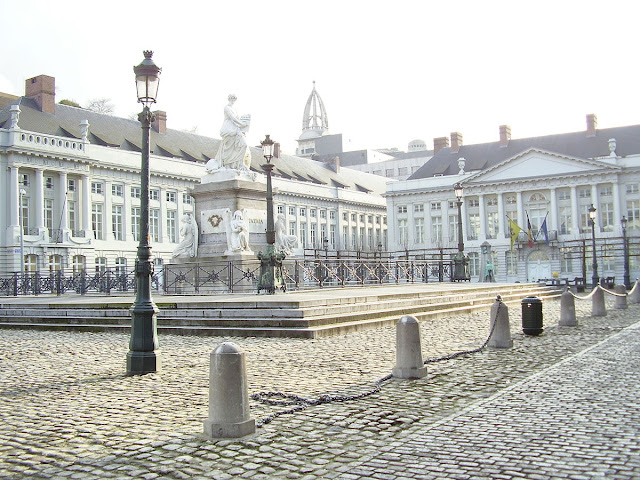 Around 1775 the governor of the Austrian Netherlands ordered to build two squares in Brussels, one was the King's square and the other one was the St. Michael Square. The governor who lived in the city at that time wanted them to be in a classicism style, just like the French palace style. The square was designed by architect Claude Fisco.
The name of the St. Michael Square was changed after the Belgian independence into the Martyrs Square to honor the victims of the Belgian revolution. In the center of the square, there is a resplendent monument, underneath a crypt, the bodies of the Martyrs who died during the revolution are buried. Today the square is an oasis of peace in the busy Brussels city center.
Brussels