Originally this flamboyant building was the chapel of the crossbow shooter guild. According to a legend, the devoted spinster 'Beatrijs Soetkens' would have brought a statue of the Virgin Mary from Antwerp to Brussels in 1348 to donate it to the crossbow shooters guild. another story tells that the statue was stolen and brought to Brussels by boat. Around 1400 the chapel became a popular pilgrimage so it was expanded to serve as a church. In 1550 the new church was completed. But it was mainly the statue of the Virgin Mary that gave the church its popularity. It is also the origin of the 'Ommegang', a historic procession in Brussels. 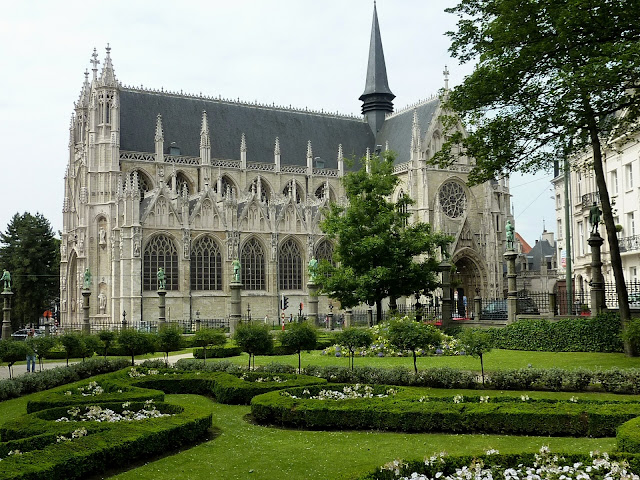 Particularly in the church are the slender chorus and the high windows. Note that the church has no actual tower. Furthermore, there are many artworks to be admired. There is for example the baroque pulpit dating back to 1697 and a restored Goynaut organ. The church also houses some grave monuments and some anonymous 16th and 17th-century paintings.