The Jubel park in Brussels

By Harry fabel
The park was commissioned by King Leopold II to celebrate the fiftieth anniversary of Belgian independence in 1880. In 1888 and 1897 the world exhibition was held here. 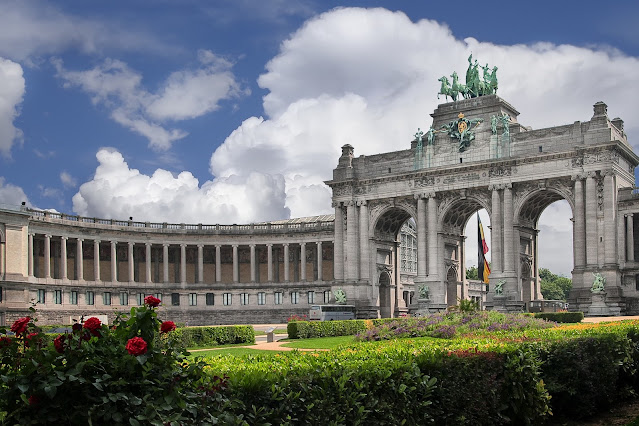 The most striking building in the park is the triumphal arch, which was completed in 1905. The first appointed architect to design the building was architect Gédéon Bordiau. After his death, the king appointed the French architect Charles Girault to complete it.
The building consists of three equal arches with above the middle arch a bronze image representing the province of Brabant on a chariot, drawn by four horses. At the foot of the triumphal arch, there are a total of eight statues that represent the other provinces on either side. Belgium had 9 provinces when the triumphal arch was built, later a tenth one was added by dividing the province of Brabant into two provinces, a Flemish and a Walloon one. 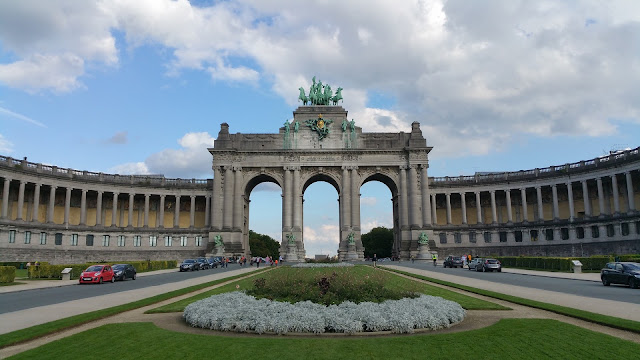 The park houses 3 museums: The Jubelpark Museum, the Royal Museum of the Army and its Military History, and the Autoworld museum. There are also different interesting fountains and monuments in the park. Another remarkable building is the Tower of Beyaert, also called the Tour de Tournai.
Location: Jubelpark, 1000 Brussel, België