The castle of Baron de Viron

In 1862 architect Jean-Pierre Cluysenaar (1811-1881) designed a castle for baron Théodore de Viron de Diéval. The castle was built in a neo-Tudor style, but it has a lot of influences from other architectural styles as well,  such as Romanesque and classical elements. The fairytale-looking castle has a facade in red sandstone. 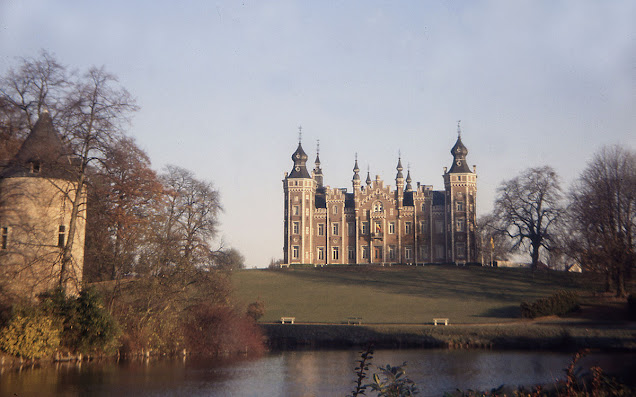 An interesting detail is that the castle has a hidden calendar: It's got 365 windows, 52 doors, 12 towers, and seven steps. In 1923 the city of Dilbeek bought the castle of Baron de Viron. One year later it opened its doors as the town hall of the city. The castle is surrounded by a beautiful park that is open to the public. The building is a protected property since 1990.