The castle of Horst

The castle of Horst dates back to the 13th century and is characterized by a square tower. The Donjon probably belonged to the oldest structure of the castle. The castle got's its name from the Horst men that lived in the castle at that time. During the occupation under Maximilian of Austria in 1489, the Horst castle was occupied by the people of Leuven and was set on fire. Only the Donjon, the gate, and a back wall survived the fire. These remains were used in the 15th-century rebuilding of the castle. 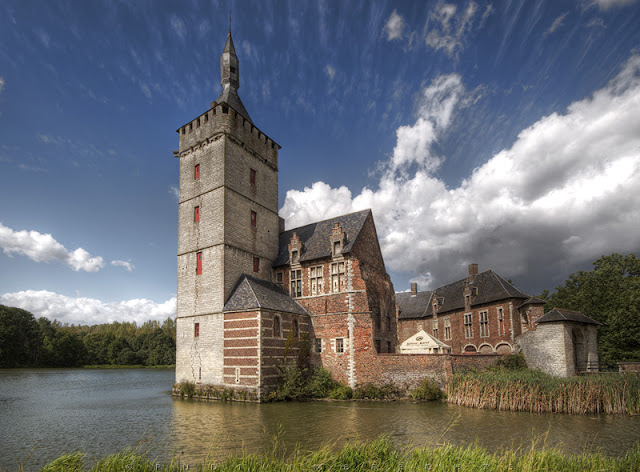 The living quarters and the east wing were renovated and expanded in the 16th century. The round tower also dates from this period. The outer wall was provided with a rectangular bay window. That way the castle lost its military character and was more of a pleasant living quarter overlooking the moat, ponds, and courtyard. In 1587, however, the castle was set on fire again, this time during the raids of the Beggars. The repair and restoration works had to wait till the beginning of the 17th century. The noble occupant, Mary Anne van den Tympel had the castle rebuild and added two wings around the courtyard, she also added a carriage house. 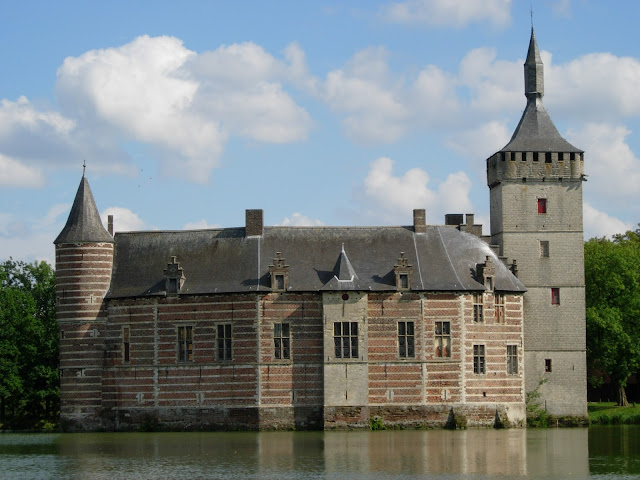 In October 2007 the last owner of the castle, countess Hemricourt de Grunne sold the castle grounds together with its 113 hectares of land around it to the Flemish government. Today the restored castle with its very large pond and moat is surrounded by a beautiful nature park that is open to the public. Castle festivals games are held every year.
Castles