The castle of Beloeil

The castle of Beloeil is located in the Belgian province of Hainaut. The castle dates from the late Middle Ages and is built around a central court. It is since the 14th century, owned by the Prince's de Ligne, and went through a lot of renovations over the years.

The castle is fully furnished and includes a rich collection of art objects from the 15th to the 19th century with and a famous library with more than 20,000 books. The interior gives an attractive image of the lifestyle of the highest Belgian nobility. The salons were actively occupied until the last century. The French garden extends over 25 hectares. 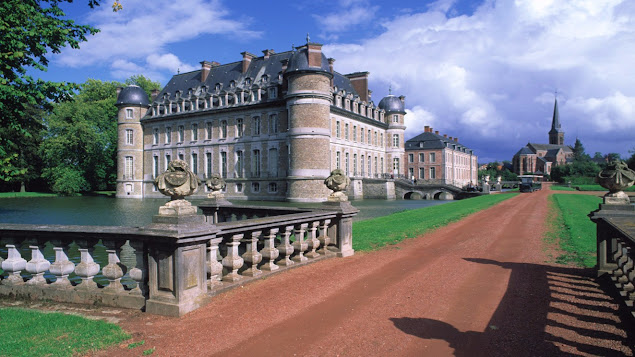 The Ligne family decided to open the estate to the public and to use the revenues to maintain the castle and its management. The castle is made available for classical concerts or other cultural events. Every year there are two prestigious events in the estate of Beloeil: The Amaryllis contest, organized in late April - early May, and the festival of classical music, the Musicales de Beloeil. With a tourist train, you can take a tour around the area.
Castles