The castle of Laarne

The 14th-century castle in Laarne near Ghent is one of the best-preserved fortresses in Flanders. the north part of Belgium. The castle was originally a moated castle. It is now a museum, including a fine collection of tapestries, furniture, a gun collection, and silverware. 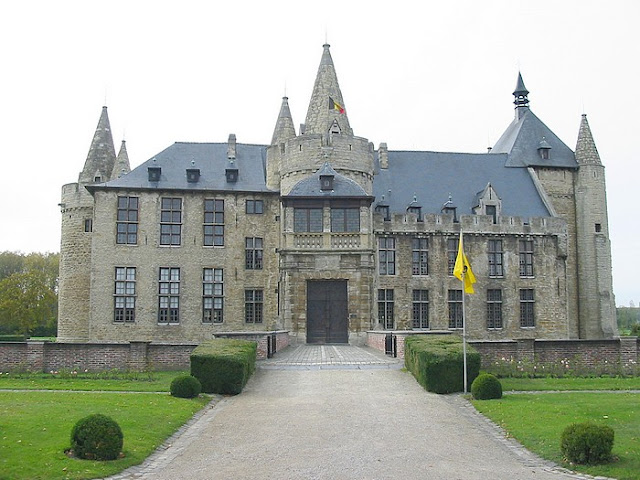 Since 1953 the castle belongs to the "The Royal Association of Historical Cities and Gardens of Belgium", to whom it was given by the last private owner, the Count of Ribaucourt. It is a protected national monument since 1943.

From the original castle now only the quadrangular dungeon tower remains. (A dungeon is the most important, most fortified tower of medieval castles). The pointed roof of the dungeon dates from the second half of the 17th century. The battlements, the drawbridge, and portcullis were replaced by a fixed bridge with three arches and a baroque facade. In addition, the connection between the walls defensive towers was replaced by residential areas. They are characterized by large windows with cross frames. 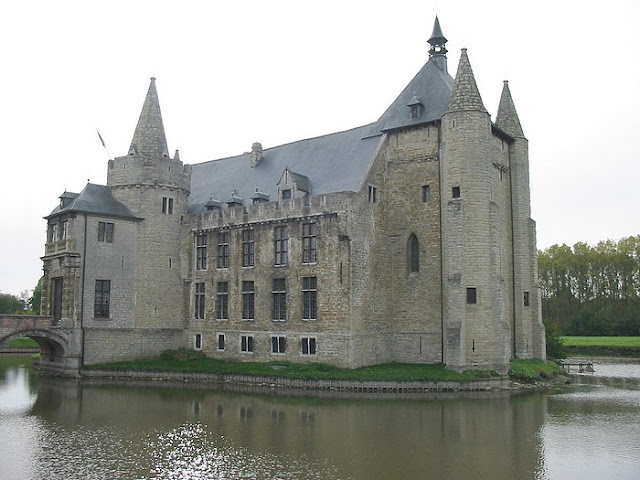