The Royal theater De Munt - La Monnaie is a building dating back to 1819. The theater played an imported role in the battle of the Belgian independence. It was during the performance of the opera 'La Muette de Portici' from 'Daniel François Esprit Auber' that the audience got aroused, especially during the passage 'Amour Sacré de la Patrie' meaning 'My holy love for the fatherland'. After the performance there were riots in the streets of Brussels, setting the key to an independent Belgium, away from the Dutch occupation. 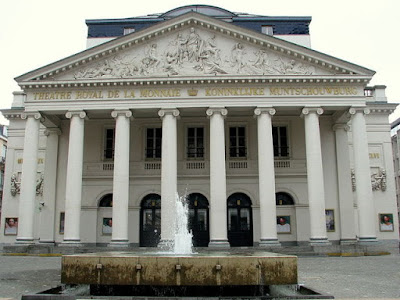 In 1985 the theater got a big renovation, a new technical floor was added on top of the existing theater roof. Still today there are ballet and opera performances in the theater. 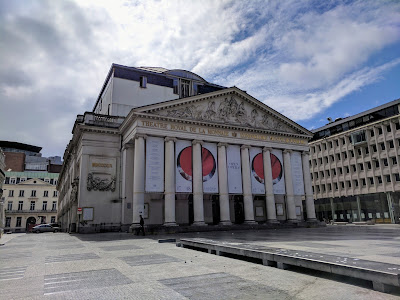 You can find the theater at this address: Munt, Brussels.