The city hall of Ghent

The city hall of Ghent is built in the most eclectic style possible. The different building periods give the town hall a range of architectural styles used throughout the centuries. 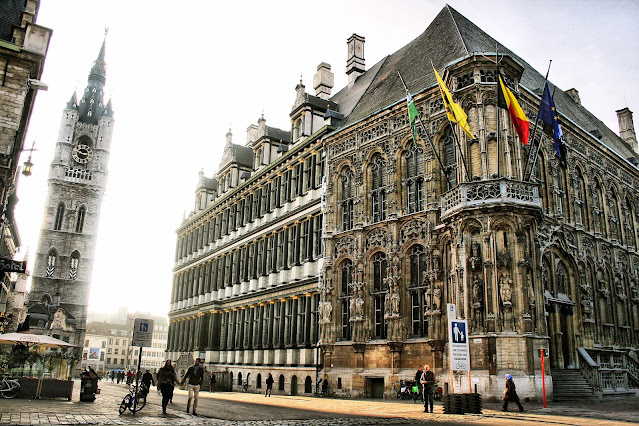 The city halls of other Belgian cities display a style of the period the building was built at the moment that the city had its heyday. That is not so with the town hall of Ghent. The oldest part of the building dates back to the 15th century and has a Gothic style. It was designed by architect Rombout II Keldermans. That original building should have been much bigger, but due to a shortage of money and means, the building stops.
When the city decides to expand the building one century later, architect Dominicus de Waeghemaekere used a different style, the most fashionable one at that moment, the Italian  Renaissance style. Later Neo styles were added. Inside the building shows the different styles combined in one entire eclectic combination. It's got a Stunning wooden vault, beautiful stained glass windows, and original tile work.
Ghent