The name of what is now a shopping street comes from the ironworks that were placed on the side of the Vliet waterways in 1531. The dock itself is now covered but the railing remained. The Vliets were part of a network of waterways crossing the whole city. 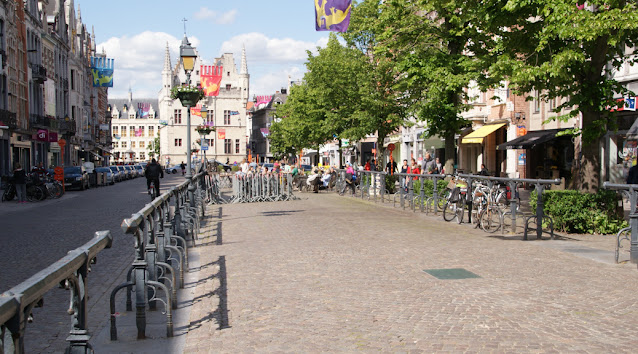 The IJzerenleen runs all the way up to the Grootbrug or Hoogbrug, that bridge connected both city halls 700 years ago. At that time the city of Mechelen was on both sides of the river Dijle. In the 15th century, an Iron Cross with the image of Christ was added to that bridge. There is also a little toll house at the bridge.
Mechelen