On a sunny summer's day, the Hendrik Conscience square has the impression of an Italian piazza. A terras in the shade, stately facades, and on one side the immense facade of the Sint-Carolus Borromeuskerk or the Saint Charles Borromeo Church.

The church is built between 1615-1621 in the Baroque highlight of Antwerp. In full counter-reformation, the builders, the order of Jesuits, did everything to make it a beautiful church. The mean architects were François d'Aguilon en Pieter Huyssens. Painter Pieter Paul Rubens did not only contribute to the 39 original ceiling paintings, which were unfortunately lost during a fire in 1718, he also had a big influence on the design of the church's facade, tower, side chapels, and the high altar. 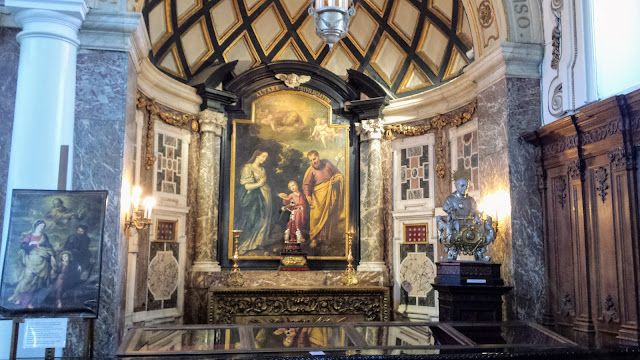 Despite the several fires the church had to endure, most of the interior is still intact. In the crypt of the church, there is a museum about Antwerp lace. 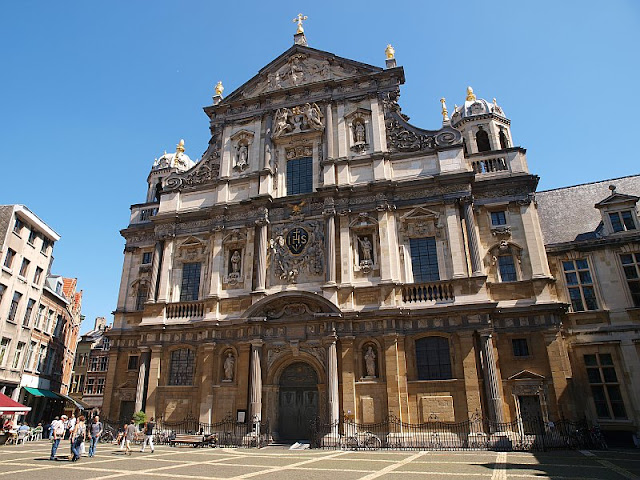