Patershol is an authentic medieval quarter in the center of the Belgian city of Ghent. Right at the foot of the legendary and outstanding Gravensteen fortress and the nearby Caermers monastery. What once was the home of the workers for the Counts of Ghent and later a poor working man's quarter is now one of the best-kept tourist attractions in the city. For almost no money you could buy a house here thirty years ago. Today, Patershol is one of the most desirable neighborhoods in the city.

The area is about 4.5 hectares big and has a closed street pattern that has been preserved from the Middle Ages. The river Lys forms a natural border with the rest of the old city center. The area now hosts many small cafes and restaurants. The district also houses the Caermers monastery and the House of Alijn. Both sites have been completely renovated recently and are open to the public. The Patershol area is protected by UNESCO since 1981 as a cityscape. 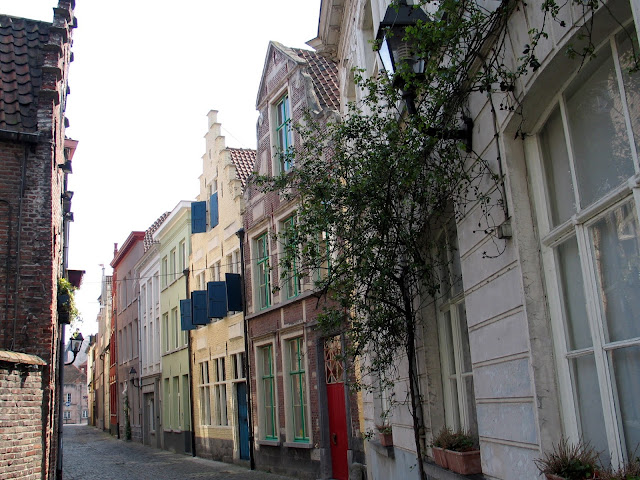 A remarkable thing about Patershol is its name. If you would translate it into English it would mean something like The hole of the Father.
Ghent