Old energy versus the new

In the village of "Doel" near the city of Antwerp there is a very old mill. The mill was built in 1612 and is what is being called a "Grondzeiler" mill, meaning it was used with a cotton seal that was bound on each of the wings of the mill to get it up to windspeed.
This story is not about the fact that it's an old mill, but more about the location of it. At this moment the historical wind power producer is next to its much-hated gigantic successor, a nuclear power plant. 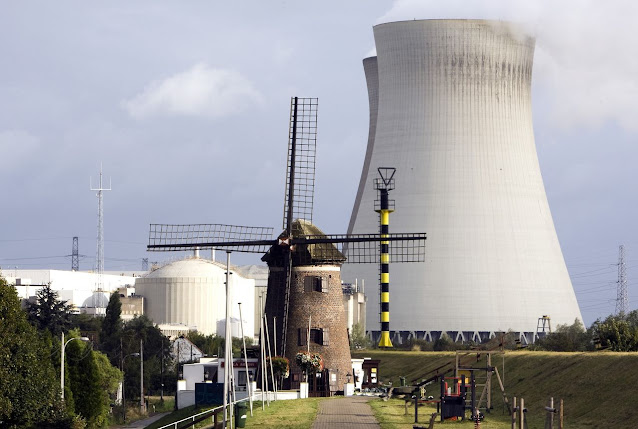 Since the seventies, there are plans to destroy the village to make way for the expansion of the Antwerp harbor. The ages-old village of "Doel" had some remarkable historical events and buildings to go along with it. But what has to go, has to go in the name of progress. Most is the houses in the village are already gone and what is left looks like a ghost town.
There are only two buildings in the village the Port of Antwerp wants to keep, one is the church tower and the other is the mill. They both will have to be moved to a better location, to the "Prosperpolder" in "Kieldrecht". The village of Kieldrecht is about 10 kilometers away from Doel. It's going to be the new home for these amazing pieces of Belgian history.