The Unicorn Mill Of Antwerp

The Witte Molen or White Mill is also later known as De Eenhoorn meaning The Unicorn. The mill was built in 1735 under the order of Johan Van de Sande-Verheyen, the first owner who used it as a flour mill. 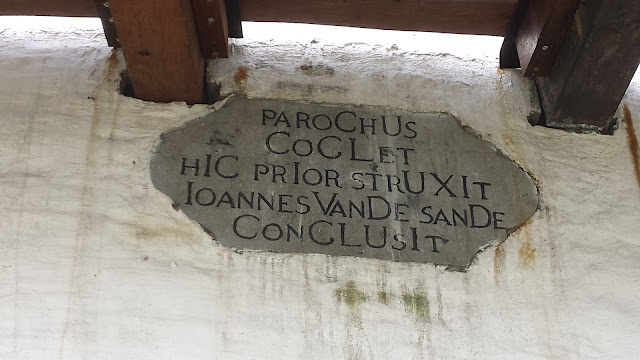 David Gijsen, one of the later owners, was a chemist at the Antwerp Korenmarkt. On the facade of his house was a sign that said The Unicorn this is where the mill got his new name from. Popularly he is still called the White Mill, because he's all chalked in white.

The mill was build in a little village called "Lillo" near the scheldt river and close to the Antwerp harbour. After a big flood in 1831 the mill was the only building still standing in the neighborhood, but is was severely damaged. A year later in 1832, the remaining part of the mill was the victim of looting by the Dutch army. The mill was restored in its former glory and became a protected monument in 1943. However again a year later it suffered severe damage by English artillery and German V-bombs in their struggle to protect or destroy the nearby harbour.

It took until 1957 to repair the mill again. In 1966, the city of Antwerp became owner of the mill. As the Antwerp harbour was expanding they broke it down in 1967. The mill was dismantled and cut into numbered pieces and then rebuilt to its original state at the Scheldenlaan 2 kilometers away from its original place. Now the mill stands alone in almost the middle of the harbour and in front of a chemical company. Every last sunday afternoon of the month the mill is turned on again, only for a few hour.