The history of Belgian chocolate

The first traces of the Belgian chocolate market can already be found in 1635 in Ghent when the abbot of the abbey Baudeloo purchases chocolate. The production of chocolate is then primarily a sideline of pharmacists who sell it as strong medicine. The monks of the abbey used it as a gift. 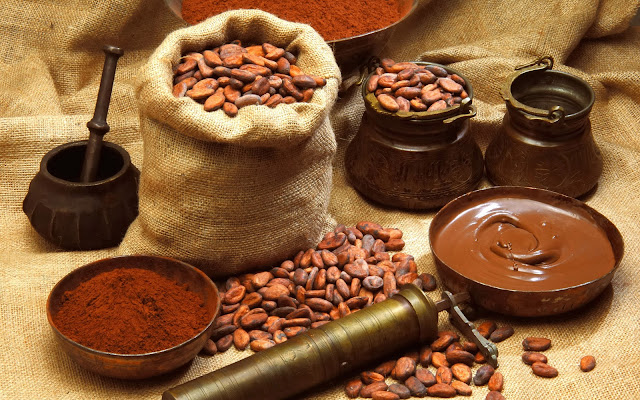 In 1840 Belgian chocolate producer Berwaerts sold the very first chocolate tablets, pastilles, and figurines. Around that period he founded some chocolate producers who grow into major companies like Neuhaus (1857), Côte d'Or (1883), Jacques (1896), and Callebaut (1911) later.

The 20th century was the century of Belgian chocolate inventions. Four major inventions in that century mark the history of Belgian chocolate. The invention of the praline and ballotin, the development of the transport of liquid chocolate, and the introduction of the chocolate paste. In 1912 Jean Neuhaus Jr, founder of Neuhaus, invented the praline, the first chocolate filled with a soft filling. In 1915, Jean Neuhaus Jr. and his wife Louise Agostini design the first ballotin ', a special box in which the chocolates are packaged.
In 1925, Charles Callebaut did one of the most important inventions, the transport of liquid chocolate. In 1935, Basile will Kestekides, the nephew of the founder of Leonidas, invents the 'Manon', a large praline surrounded with white chocolate. In 1936 company Jacques launches the first filled chocolate bar, filled with praline. Also, the chocolate paste is a Belgian invention. It was brought to market in 1952 by Cote d'Or. It is also Côte d'Or that launches a large campaign in Brussels, during the World Expo in 1958. That campaign started the reputation of Belgian chocolate and has given it a big international push.

In the 21st century, Belgian chocolate is recognized worldwide for its quality and taste. Belgian chocolatiers in Flanders and Brussels are now known worldwide for their creativity and innovation. In 2015 Belgium had more than 500 chocolatiers and 2 000 chocolate shops. On average, a Belgian consumes 8 kilos of chocolate per year. Belgium produces 172 000 tons of chocolate per year mostly intended for export.
Belgian food Typically Belgian