Lillo, mini village by the Scheldt


One of the inhabitants, Maria Theresia Eyer-Gorsen, nicknamed "Moederke Eyer", was married to a customs officer, Adrian Eyer, and had seven children. She became a familiar figure in her village because of her old age. In 1919, when she was one hundred years old, King Albert I of Belgium came to visit her. When she was 105 years old, in 1924,
Prince Leopold, later King Leopold III visited her and gave her the order of Leopold II, the order is awarded for meritorious service to the Sovereign of Belgium and as a token of his personal goodwill. She died eight months later. At the time, she was the oldest resident who was buried in the cemetery of Lillo. When that cemetery closed in 1960, her body and grave were moved to the "Shoonselhof" cemetery in the south of Antwerp. She is immortalized in a statue in front of the church of Lillo which was made by sculptor Rik Sauter.


Due to its unique location near the Scheldt river and its exquisite decor, Lillo remains attractive to thousands of tourists every year. The miniature village, therefore, has a lot to offer, going from sunny terraces in the summer to cultural activities throughout the year.

Lillo also has its little harbor and lies next to a small nature reserve called the "Galgeschoor".  But still, the green village is squeezed between the Scheldt and petrochemical multinationals. 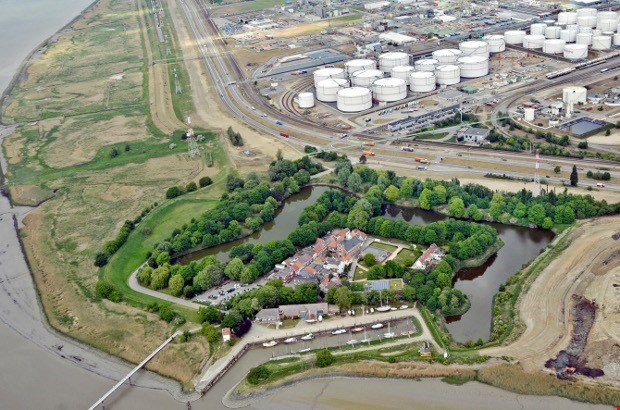