The man behind the big bang theory is a Belgian priest

In 1927 a Belgian priest and physicist Georges Lemaître made what is perhaps the biggest discovery in modern cosmology, "our universe is expanding" he calculated. Four years later, he proposed that the universe began with a “single quantum” that we now call the big bang. Yet at that time the public and many scientists remain unaware of Lemaître’s seminal writings and achievements. 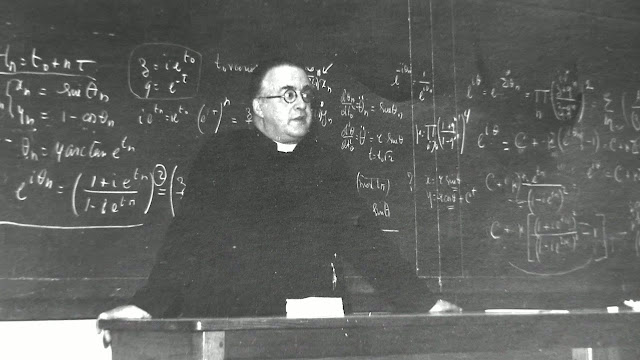 Georges Lemaître was born on July 17 1894 in Charleroi, Belgium. At the age of seventeen, he entered an engineering school at the Catholic University of Leuven. His education was interrupted by the German invasion of Belgium in August of 1914. Twenty-year-old Georges immediately volunteered for the Belgian army. After the war, Lemaître returned to Leuven and earned his doctorate in mathematics in 1920. Lemaître then studied astronomy at Cambridge University with Arthur Eddington in England, and the U.S. at Harvard College Observatory and M.I.T. After earning a second doctorate in 1927, Lemaître returned to Belgium and became a professor at Leuven.

In that same year, Lemaître published a virtually unnoticed paper that provided a compelling solution to the equations of General Relativity for the case of an expanding universe. His solution had, in fact, already been derived without his knowledge by the Russian Alexander Friedmann in 1922. But Friedmann was principally interested in the mathematics of a range of idealized solutions (including expanding and contracting universes) and did not pursue the possibility that one of them might actually describe the physical universe. In contrast, Lemaître attacked the problem of cosmology from a thoroughly physical point of view and realized that his solution predicted the expansion of the real universe of galaxies. 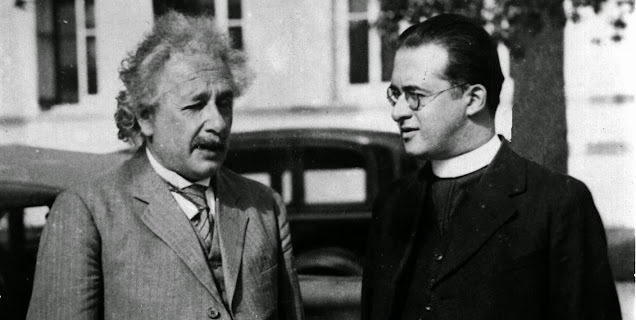 In January 1933, Lemaître and Albert Einstein traveled to the U.S. state of California for a series of seminars. After the Belgian detailed his theory, Einstein stood up, applauded, and is supposed to have said, "This is the most beautiful and satisfactory explanation of creation to which I have ever listened.

In 1933, when he resumed his theory of the expanding universe and published a more detailed version in the Annals of the Scientific Society of Brussels, Lemaître would achieve his greatest glory. Newspapers around the world called him a famous Belgian scientist and described him as the leader of the new cosmological physics. At the end of his life, he was devoted more and more to numerical calculation. He was in fact a remarkable algebraic and arithmetical calculator. Since 1930, he used the most powerful calculating machine of the time, the Mercedes. In 1958 he was introduced to the University's Burroughs E 101, its first electronic computer. Lemaître maintained a strong interest in the development of computers and, even more, in the problems of language and computer programming.

He died on 20 June 1966, shortly after having learned of the discovery of cosmic microwave background radiation, which provided further evidence for his proposal about the birth of the universe.
Belgian inventors