The Montagne de Bueren in Liège

By Harry fabel
Montagne de Bueren or the Mountain of Bueren is a street with hundreds of stairs in the center of the city of Liège. The street connects the district Féronstrée et Hors-Château with Au Peri and has access to the citadel of Liège.

The staircase was built between 1875 and 1880 to remember the 600 Franchimontois, The 600 Franchimontois were 600 men from Franchimont, a nearby city who staged a surprise attack on October 28, 1468, in Liege on the Duke of Burgundy and King Louis XI of France at the so-called battle of Liege in 1468. They all died. The name refers to "Vincent van Bueren", one of the leaders of the battle.
The staircase is also called the 600 Escaliers. Legend has it that the Franchimontois would have climbed the mountain at that point, but this is historically inaccurate. Along the Montagne de Bueren are two monuments, the old parts of a fire station and a house with 18th-century elements. 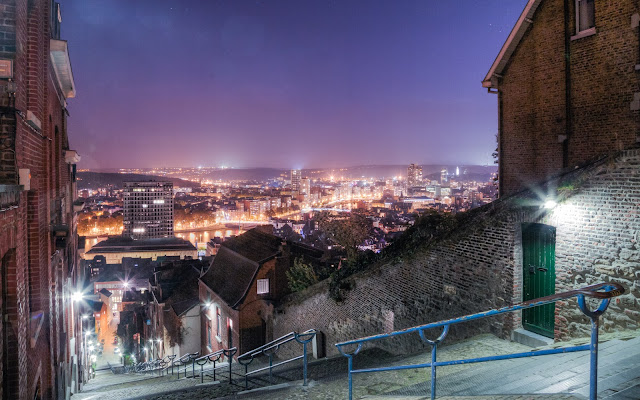 The road has a total length of 260 meters. There are 374 steps and the average slope of the tread is 28%. The staircase starts at about 62 meters above sea level, the top of the stairs reach a height of 132 meters above sea level, so the difference is therefore 70 meters. The railway tunnels of line 34 from Hasselt to Liege run under these stairs. Every year on the first Saturday of October, the street is lit with 3000 candles. The central stairs at the Bonnefantenmuseum in the dutch city of Maastricht are designed by Aldo Rossi and inspired by the Montagne de Bueren. 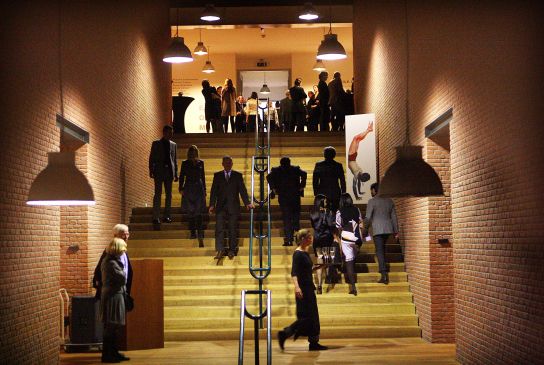 In 2013 the American news website and blog The Huffington Post called the Montagne de Bueren the number one of the toughest and extreme stairs in the world.