The Graslei and Korenlei in Ghent

Visit one of the most breathtaking views in Ghent. The Graslei is a street in the historic center of the city of Ghent. The Graslei is the quay on the right bank of the river Lys. The quay and street on the left are the "Korenlei". It lies between the grass Bridge and St. Michael's Bridge. 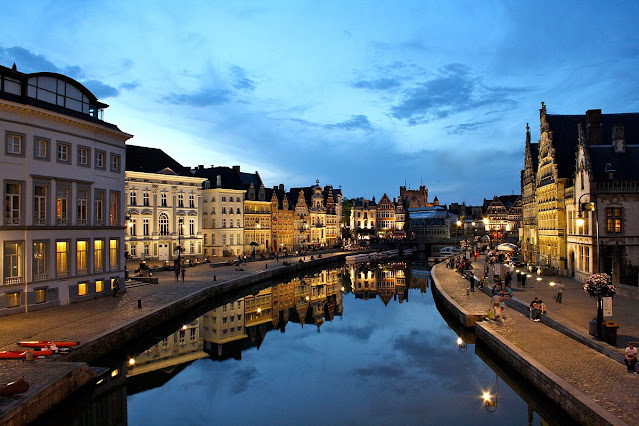 From the 11th century, the trading activities grew along the quays and this area was the harbor of the city. St Michael's Church and St Nicholas' Church were built on both sides of the streets. Because of the grain pile right that the city of Ghent had, all imports of grain in the County of Flanders went through the Grass and Korenlei, from where the goods went to the nearby Korenmarkt, the center of the grain trade in Flanders at that time. 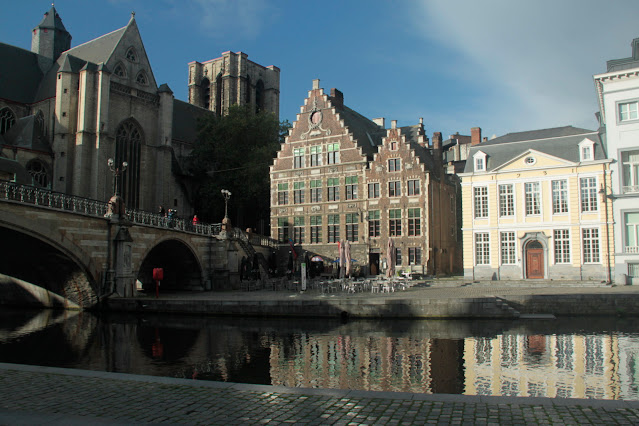 The current buildings are still a remnant of that time, some had a thorough makeover for the World Exhibition of 1913, the façades were thoroughly restored. The cityscape of the Graslei and Korenlei was protected in 1952 as a landscape and in 1994 both quays, their environment, and the adjoining buildings also became protected as a cityscape.
Ghent