The design of the Stadshal or City Hall is based on different sources of inspiration. So is the place where the artwork building is located, the Emile Braun Square originally on the historic trade route from Bruges to Cologne. There are also references to other covered markets around the world, the double facade of nearby Town Hall and the medieval nave of the St. Bavo Cathedral.
The roof consists of a steel structure that rests on four concrete bases, which spans 40 meters. These bases include two lifts and piping to the underground floor. The covering itself is covered with a finishing of Afrormosia-wood, which will age over time. On the roof, there are 600 tiny windows, which provide a dynamic light. That makes it a modern construction in two levels with a cafeteria, bicycle storage, toilets, and artists' rooms. 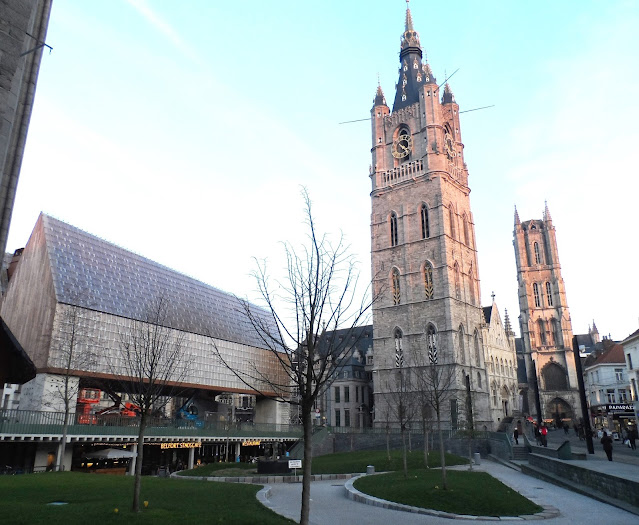 Marie-José Van Hee and Robbrecht & Daem, architects of the artwork, have given this place an even more impressive view by adding a green space with a little park that can be used on sunny days as a rest point and picnic area. Central on the green area is the Bron Der Geknielden a gorgeous fountain designed in bronze by artist Georges Minne (1866-1941) in honor of Baron Braun, a Belgian liberal politician, and manager of companies in the textile industry. 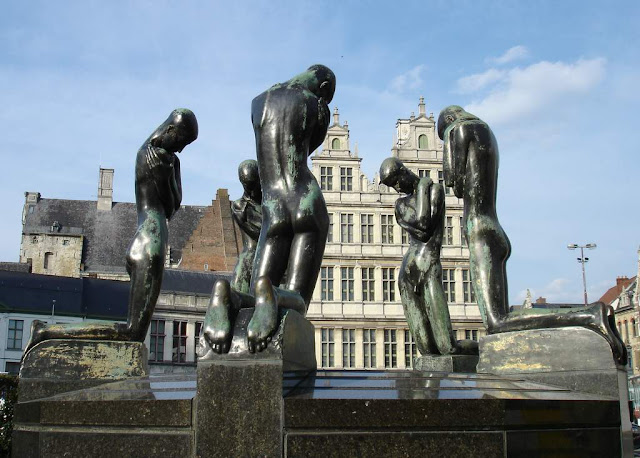 After the realization in 2012 the people of Ghent gave their own name to the impressive building, they call it the sheepfold. 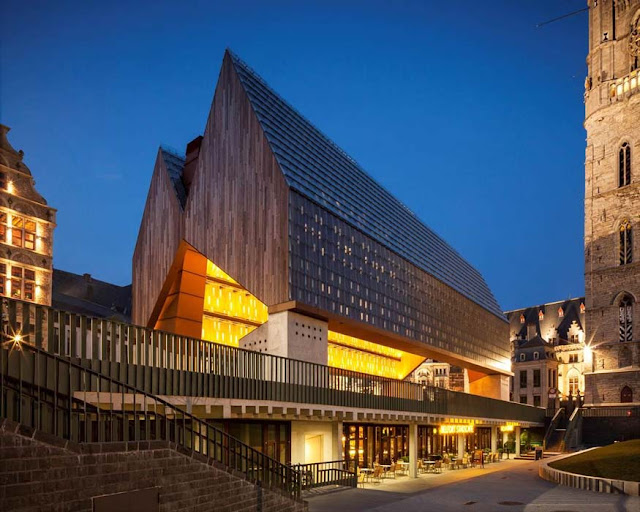