The Belfry of Ghent

By Harry fabel
The Belfry of Ghent is a 95-meter high bell tower in the center of the Belgian city of Ghent. The tower is the middle tower of the famous Ghent towers, along with the St. Nicholas Church and Saint Bavo Cathedral. Alongside the belfry, there is also the Ghent cloth hall. 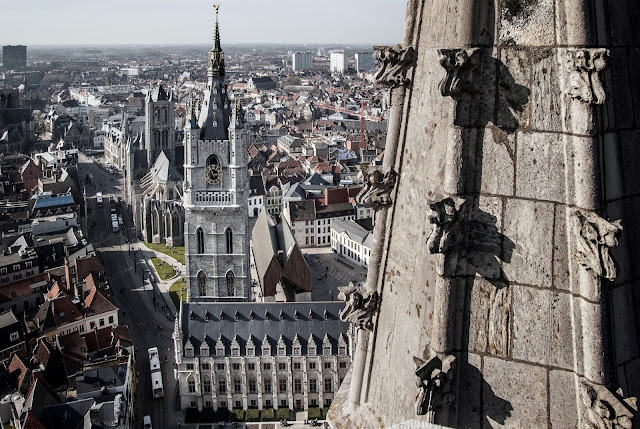 The building of the Belfry probably began in 1314, this is also the year in which the first building plans were found. A plan in the Bijloke Museum of Jan van Haelst, a master mason confirms the start of the building. In 1323 already four stories (of the six planned) were ready. Between 1377 and 1380 a temporary wooden tower crowning was added. Later the legendary "Dragon of Ghent was hoisted on top of the Belfry. In the following centuries, the spire was changed repeatedly.
The belfry got a neo-Gothic cast-iron spire in 1851. Half a century later, the state of the peak however had become too bad and with the World Exhibition of 1913 in anticipation, a competition was launched to build a new peak. A proposal by Valentin Vaerwyck based on the medieval spire won and was approved. But because the work had to be done quickly, it turned out that the spire had too many flaws, including the connection between the brick body and the new stone belfry. Therefore restoration works were carried out in 1967 and later in 1980. 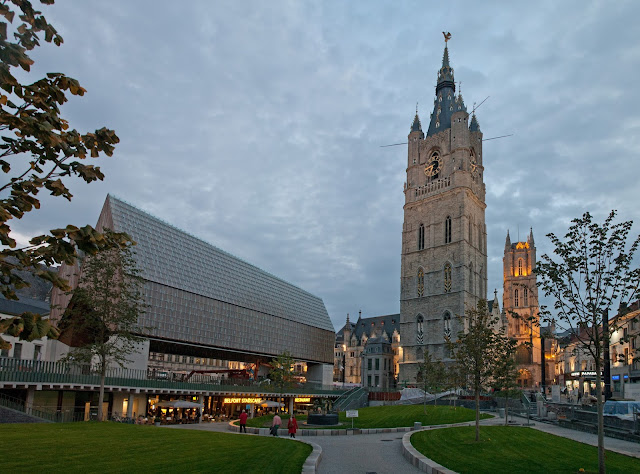 Since 1936 the belfry is a listed monument in Belgium. The Belfry of Ghent together with the Cloth Hall belongs since 1999 to the UNESCO World Heritage. The belfry is daily open to the public from 10am to 18pm.
Location: Sint-Baafsplein, 9000 Gent, België