By Harry fabel
It's almost Christmas time and everybody will be glad to see Santa Claus again. Socks will be filled, chimneys will be polished and families will gather around the Christmas tree to open their gifts, but did you know that Santa Claus as you know he has Belgian and Dutch roots? 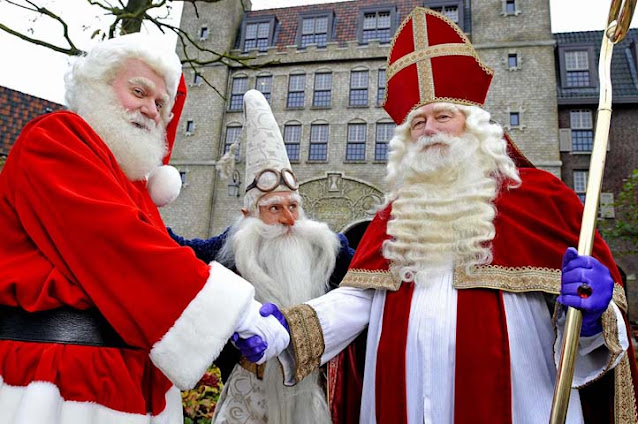 The character of Santa Claus is based on the character of Sinterklaas, who is a childhood friend in Belgium and the Netherlands for many centuries now. Sinterklaas is celebrated on the 6th of December. On the night of the 5th December, children place their shoes at the door or under a chimney, and at that night Sinterklaas comes and fills the shoes with candy and toys. Some children ad a carrot to their empty shoes, because Sinterklaas has a horse, and that way the children want to treat the horse and hope they will get some extra treats back.
The horse of Sinterklaas is a special horse, it can jump up on the roof of the houses that Sinterklaas visits, and just like Sinterklaas, it is very old, about 1800 years old. Sinterklaas is also accompanied by his assistant Zwarte Piet in English "Black Pete" he is called Zwarte Piet because he is the one who delivers the candy and gifts thru the chimney and is always covered by soot.

But where does the story of Sinterklaas come from?

Well, Sinterklaas is based on a person that really lived. Nicholas from Myra was born in the year 280 and is known for the wonders he could do with children. The legend says that he could bring dead children back to life and that he could find lost children by praying for them. As a church leader, he also shared money from the church by placing some of that money at the doors of the poor families of the town he worked in. Nicholas died on December 6 and was buried in his cathedral in the city of Myra, near present-day Demre in southwestern Turkey. Later his remains were stolen and moved to the Italian city of Bari. And much later he was declared a Saint and became Saint Nicholas and he is celebrated on the day of his death.

The legend lived on in Belgium and the Netherlands and he became Sinterklaas the childhood friend. Later Zwarte Piet and the horse were added to books and stories. The horse of Sinterklaas even has a name now, it is called Slecht Weer Vandaag in English that would be Bad weather today because the horse hates to go out in bad weather. The later story's also added that he lived in Spain en only comes over a few days before his birthday on a steamboat. He also has more than one Zwarte Piet to help him now. 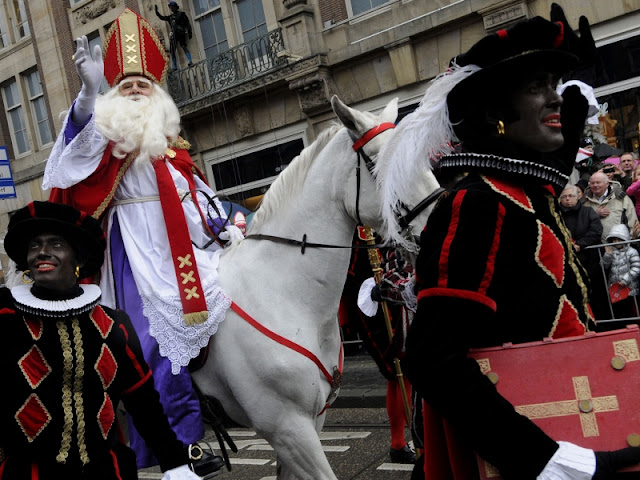 How did Sinterklaas become Santa Claus?

A lot of Belgian and Dutch immigrants took the story with them when they moved to North America and the story got mixed with stories of other nationalities who also moved to America (a similar figure and his celebrations also took place in Romania, the Czech Republic, and some parts of Germany) and over the following years Sinterklaas became Santa Claus his horse became a reindeer and slide, Zwarte Pieten became Elfs. Shoes were replaced by socks and he lives on the north pole now. Later it is mainly the commercialization by big companies like Coca-Cola of the figure of Santa Claus that ensured that he has become very popular in North America and that way he found his way back to the rest of the world.