The caves of Han-Sur-Lesse

The caves of Han are a system of underground caves in Han-Sur-Lesse nearby Rochefort, situated between the river Lesse in the Ardennes. The caves are well known as one of the largest cave complexes in Europe. 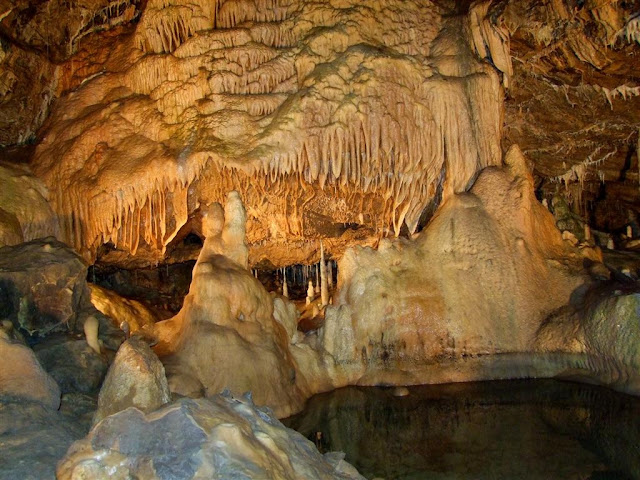 The caves are created by the river Lesse, which has carved out a portion of the Boinehill limestone. The river disappears over approximately 1100 meters (at a glance) under the ground, but she does 20 hours over this distance. In the cave, the temperature throughout the year is 13 ° C and there is a humidity of 95%. The cave has many stalactites lime deposits. 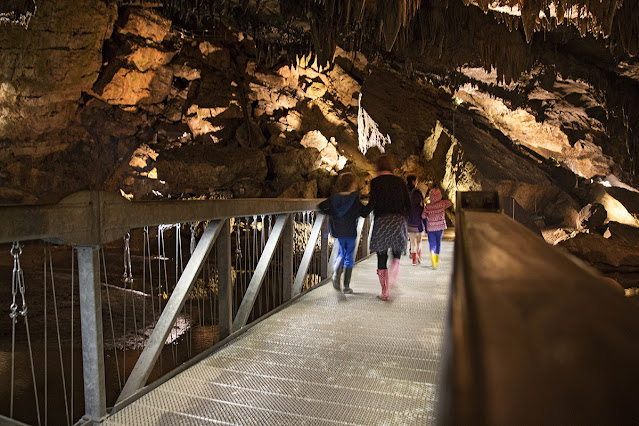 Excavations show that the caves have always been known to the inhabitants of the area. Items from the early prehistoric times are found in the water and in the caves. It is assumed that generally, people did not live in the caves. The excavated objects would indicate that the caves were used especially for funeral ceremonies.
The caves of Han are since the 18th century known as a tourist attraction. Stair treads and passable paths are only added later, before that time the tour of the caves was very dependent on the condition of the hikers. The lighting in the cave was done initially by torches, electric lights did their entrance in 1897. A few years later there would be the first major advertising campaign to invite the Europeans to visit the caves. Several advertising posters from that period are exhibited in the Museum near the caves. During the Second World War, the caves were used as a temporary shelter. 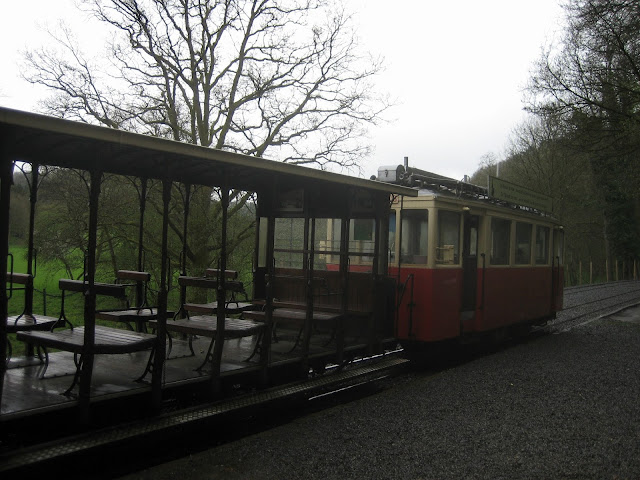 A small part of the caves is accessible to the public. Each year, half a million visitors come and visit the caves. Since 1906 there has been a historic tram line, which takes the visitors from the center of Han and brings them to the entrance of the caves. From the entrance of the caves, there is a path of about two kilometers that can be traveled on foot, which takes about one and a half hours. This trail has 508 ascending and descending stairs and leads visitors through a number of "halls, as the Mysterious the Weapons Room and the Dome Room. At the exit of the cave, a traditional boat trip is replaced by a walkway out.
Nature