The Zimmer tower in Lier

The Zimmer Tower is a tower in Lier, named after clockmaker Louis Zimmer, and is the result of the transformation of the medieval Tower Cornelius who was a part of the first wall around the city. The build year of the original tower is not precisely known, but it must be before 1425. The tower was sold by the town council in 1812 but was then again bought after World War I because the city council wanted to demolish the tower.
In 1928 Louis Zimmer donated a clockwork mechanism (the Jubilee Clock) to the city of Lier that indicates various times, cosmic, and other periodic phenomena. It was decided to build this clock in the dilapidated Cornelius Tower, with the purpose to rebuilt and restore the tower. Since then the Cornelius tower is called the Zimmer Tower. The inauguration of the Zimmer Tower took place on June 29, 1930. The entire renovation cost a total of 169,230.40 Belgian francs and was for the most part done by volunteers. 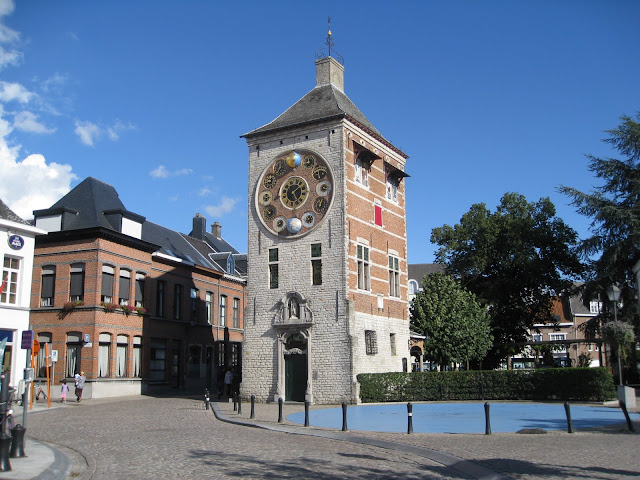 The Wonder Clock, which is located in a pavilion next to the Zimmer Tower since 1960, is the magnum opus of the watchmaker from Lier. Louis Zimmer got congratulations for Albert Einstein among others. This clock includes one of the slowest moving mechanical hands in the world (one revolution every 25,800 years as an indication of the precession of the Earth). Zimmer later expanded it even more with a planetarium. Since 1980, the tower is a protected monument.
Lier