The mermaid legend of Damme

Once upon a time during the early Middle Ages some inhabitants of the city Damme, near the city of Bruges, caught a mermaid named Cassandra that was washed ashore. They brought the poor creature to the market square of the city and exposed her for everybody to see.

The mermaid struggled, cried and begged to be released but the people of Damme refused to give in. However they should have known better.

As long as there were people around the mermaid was exposed every day, some had to pay a lot of money to see her. The mermaid got desperate and dopressed. She hadn’t spoken a single word for days. But on the third day she proclaimd a spell and yelled: “Damme will die, Bruges will live!”

Cassandra had to pay for her curse and as a punishment she was thrown into a pit where she died of grief. However, the curse of Cassandra became reality and while Damme got stuck in history, the city of Bruges became the new city for trade and beauty.

The Mermaids pit is located near the restaurant "The Siphon" and if you look closely, you can see the mermaid is still in the Damme area, namely as a weather vane on the "Scellemeulen" mill. Or who knows, maybe in the water of the "Damse Vaart" in front of The mill of Damme. 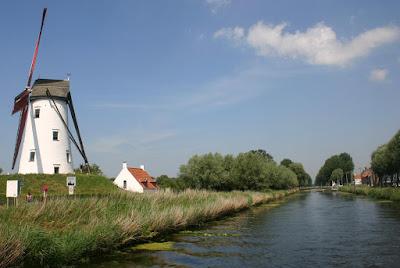 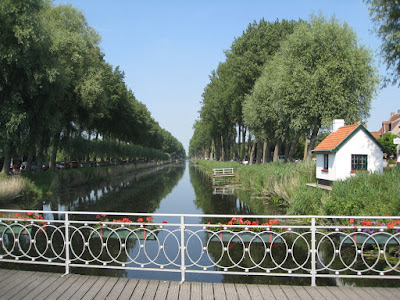 The 'Vlaeykensgang' is a unique small street in the centre of Antwerp. Hidden between two busy Antwerp streets and close to the Cathedral. This medieval times street can easily be walked past unnoticed. Behind its metre-wide entrance there is a oasis. A step into the passage with its quiet courtyards transports visitors back in time, back to the 15th and 16th century.


Previously, the street was the domain of shoemakers, who had to sound the alarm bell of the Cathedral, also some of the poorest people of the city lived in that very small street. Now you will find antique shops, art galleries and an exclusive restaurant, Sir Anthony Van Dyck. There is a subdued atmosphere and the street is a popular place to listen to the cathedrals summer carillon concerts. At its heart you find the Axel Vervoordt Gallery.


The "Vlaeykensgang" exists as a key piece of Antwerp’s architectural and sociological history, offering a rare glimpse of life in 15th and 16th century Antwerp. It…
Read more

A heaven of bugs in the Royal Palace of Brussels

Heaven of Delight is an artwork by artist Jan Fabre It looks like a beautiful painting, but in reality, it’s made out of one million six hundred thousand jewel-scarab wing cases. Jewel-beetles are not a protected species so it was easy for Jan Fabre to gather them from countries like Thailand, where they are eaten as a delicacy, and use them for his Heaven of Delight.


In the 19th century, it was customary for the king of Belgium to give a space in the Royal Palace to contemporary artists. This tradition died with King Leopold II, in 1909. Fortunately, Queen Paola is an art enthusiast and decided to revive the custom.

With the help of 29 young artists, Fabre created Heaven of Delight, a fresco in the Hall of Mirrors at the Royal Palace of Brussels completely out of the glowing shells of jewel-scarabs. It took them 3 months to complete this drudgery. It contains various shapes that glow in a greenish-blue light, depending on the angle from which they are viewed.