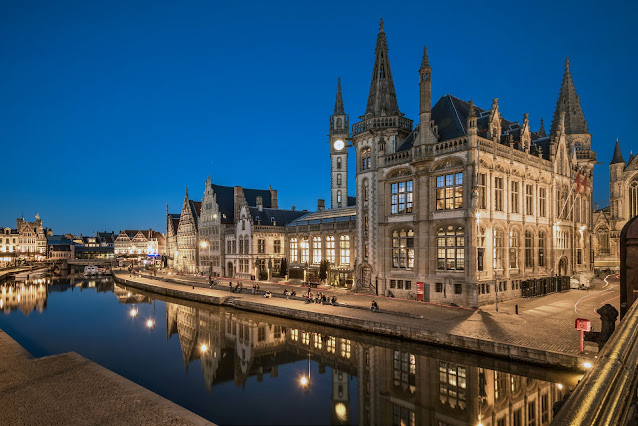 Ghent is one of the beautiful cities to visit in Belgium. Less busy than Antwerp and less an open-air museum than Bruges. Ghent is a charming city where the former wealth of the Middle Ages is still clearly visible in the city center. It is not without reason that Ghent is popular among tourists as a destination for a day or even for a few days. Visitors mainly come to the many cultural-historical buildings, museums and the atmospheric nightlife.

Together with the other inland waterways, the river Leie offers beautiful atmospheric pictures in Ghent. The most popular part is where the "Graslei" and "Korenlei" lie on the water. Here are a number of beautiful buildings, some of which date back to the Middle Ages. Various tour boats also depart from both slates. In pleasant weather, the terraces, particularly on the Graslei, are busy. Locals and tourists also like to sit on the stone edges on and around the water. Especially in the summer months it is very atmospheric…
Location: Gent, België
Read more

The cathedral of Ghent 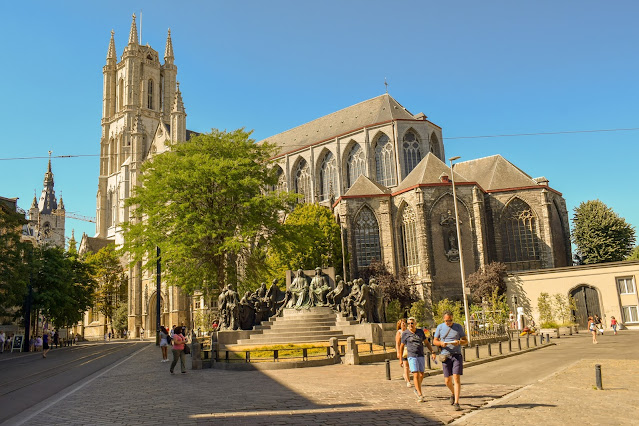 The church was originally a parish church dedicated to John the Baptist. In 942, Transmar, the bishop of Tournai, inaugurated the church as St. John's Church.
The predecessor of the current cathedral was a Romanesque church from the 12th century. The crypt of this remains. The Romanesque church was gradually replaced by the current one. The construction took place in three phases. The choir was first renovated in the early 14th century. The influence of Northern French Gothic and the Scheldt Gothic can be seen here.

The ambulatory and the chapels date from the beginning of the 15th century. During the second construction phase, from 1462 to 1538, the 89-meter-high western tower was erected in the style of Brabant Gothic, with sand-lime bricks from the Dilbeek brickwork. The third phase began in 1533: the construction of the ship. Later additions were made in Renaissance, Baroque and Classicist style.
The tower of St Bavo's Cathedral is one of the three in the row of Ghent, to…
Location: Gent, België
Read more
More posts 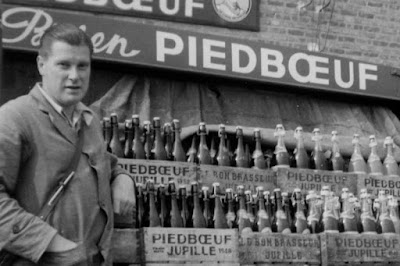 There are almost 800 different kinds of beer in belgium. One kind was very popular till the70's, it was even given to kids at school during their lunch break.

Beer to kids? You must be kidding! Well let's go a bit further into this. The beers we are talking about were so called table beers, a kind of beer that was specially made for people who can't drink alcohol. So it's was a kind of alcohol free beer, a kind, because there was some alcohol in it. between 1 and 4 percent alcohol. The most popular table beer was Piedboeuf, it had 1.1 percent alcohol in it and there was a lot of sugar added to make it as sweet as Coca Cola. A good marketing strategy made that it was well distributed in almost all schools in Belgium. The reason was that it would be very healthy for them, because of the natural ingredients and of course the sugar. It would make them grow fast and strong. It would even be good for pregnant women and for women that were breastfeeding their baby's. 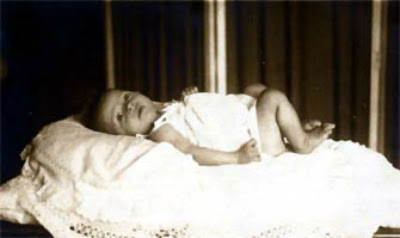 01. Belgium has 178 “breweries” which produce more than 800 kinds of beer! 02. Audrey Hepburn was born in the Ixelles, Evere district of Brussels.


03. The place where the most quantity of original Belgian chocolate is sold is the International Airport of Brussels. 04. The Body Mass Index (BMI) is one invention of Lambert Adolphe Quetelet, a belgian mathematician.

05. Belgium has the lowest proportion of Mc Donald’s per inhabitant of the developed world. There were no Burger Kings till 2016. 06. Belgium holds the world’s record for spending the longest period of time without government: 541 days separate Leterme’s resignation (2010) and the formation of Di Rupo’s government (2011). The people in belgium didn't even notice and life went on as usual. 07. Belgium produces more than 220.000 tons of chocolate per year.