The founder of modern anatomy was a Belgian

By Harry fabel
Andreas Vesalius, real name Andries van Wesele, was a Belgian doctor and anatomist. He was one of the founders of modern anatomy. Vesalius received a classical education in Leuven, the Pedagogium Castri for philosophy and law, and the Collegium Trilingue for Greek and Latin. During this five-year course, he already became interested in anatomy. For example, at this age, Vesalius would have been busy dissecting small animals. 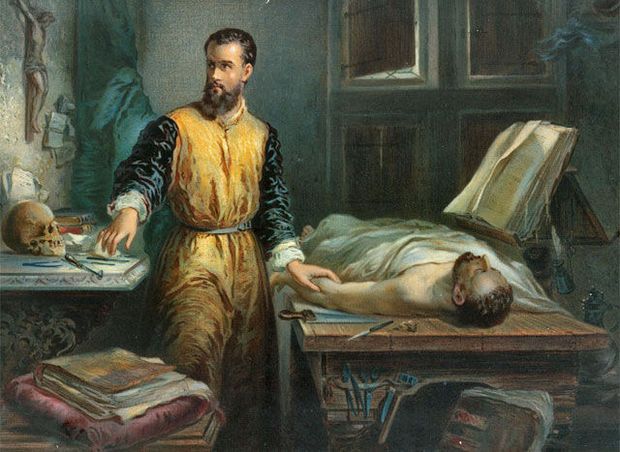 Vesalius continued his studies at the University of Paris under Jacobus Sylvius and Guenther von Andernach (Guinterius). Here he studied medicine according to the teachings of Galen, a Greek / Roman doctor from the second century AD. This was the common doctrine at the time, and in fact little was done at universities other than studying his texts, even though they contradicted reality. The description of Galen was at that time assumed to be absolute truth, and differences with perceived reality were simply attributed to limited perception or to illusion.
Although Vesalius first followed the teachings of Galen, he slowly but surely realized that the actual observations are more important than what can be found in books. This development was quite innovative and was seen almost nowhere else before. Later Andreas Vesalius publishes a work in which he writes down the knowledge he has acquired with his anatomical activities. This book has the title De Humani Corporis Fabrica Libri Septem (Seven books about the construction of the human body). It is the first complete book about human anatomy. 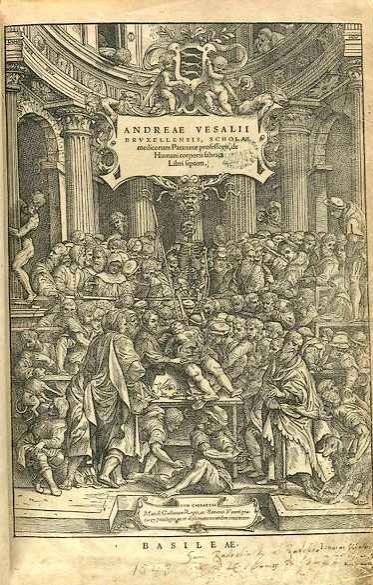 In it, he refutes some of Galen's old views and unleashes a revolution in medical science. Through his knowledge of anatomy, Vesalius can show, among other things, that humans have a two-lobed liver and not a foxy-like one, as Galenus claims after his research on animals. Vesalius dedicates his work to Emperor Charles and is thereafter immediately appointed as personal physician to the Emperor. Later he is also the personal physician of the son of this emperor: Philip II. 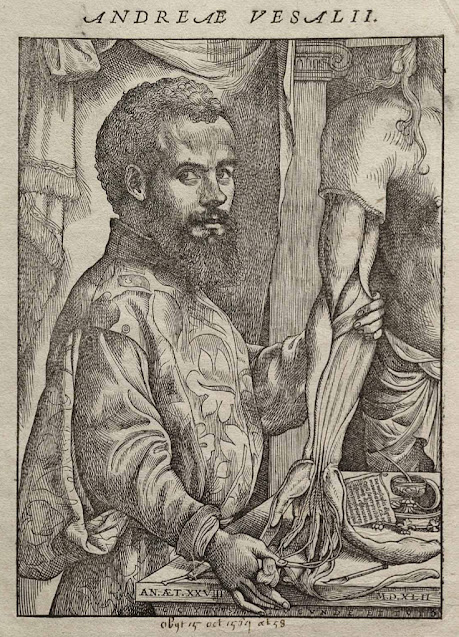 In March 1564 Vesalius left for the Holy Land for religious and diplomatic reasons. In Sète he said goodbye to wife and child, who returned to Brabant. He himself traveled via Venice to Palestine, where he visited Jerusalem and with Boniface of Ragusa the plain of Jericho. On the way back, his ship was hit in a storm and spent several weeks at sea without much food or drink. When it finally landed on the Greek island of Zakynthos, Vesalius died there after a sudden illness. He probably died of scurvy and was buried in the local church of Santa Maria Delle Grazie. His grave was never found, which led to all sorts of wild speculations.