By Harry fabel
The castle was built in 1594 to replace an older castle that was burned down ten years earlier. In 1878 the so-called water castle was restored and enlarged to a design by Antwerp architect Joseph Schadde. The castle is built up in brick and sandstone. The special style is enlivened by round and eight-edged turrets, cantilevered wall parts, and staircases. 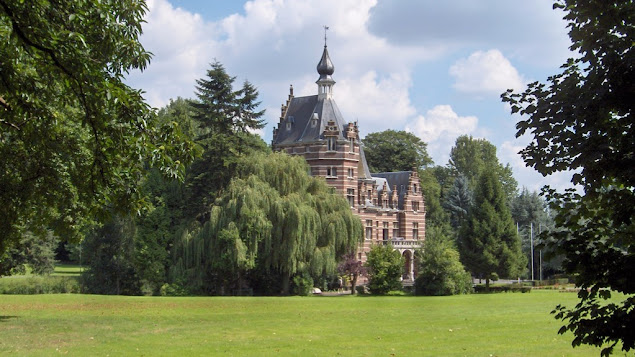 At the moment the castle is not a protected monument, it was last used as a study and education center by the Catholic order the Brothers of Love. When the last brother left the castle, it was donated to the town of Kruibeke to make it an accessible place for all people of the neighborhood. The town of Kruibeke also owns the park surrounding the castle. Every year there is a big international festival, free to the public.
Location: Burchtstraat 11, 9150 Kruibeke, België