The history of the castle dates back to 1187 when there was already a hunting area of ​​the dukes of Loon. It is not clear whether this was a large manor farm or there was already a fortified castle. The oldest part of the building is derived from a 14th-century iron sandstone donation. In 1422 a fortified wing was added to the castle tower and it was completely converted to a castle by the then castle lord Hendrik from Bastogne. Around 1440 there was also a chapel in the east wing. 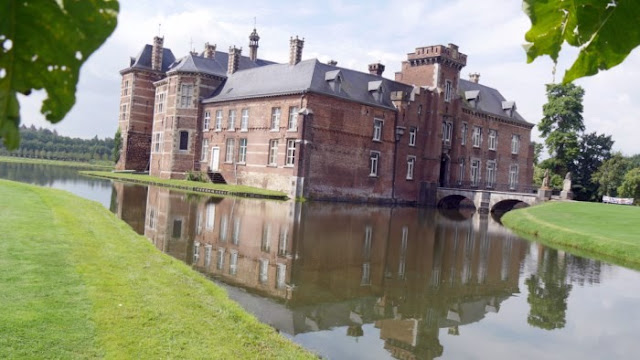 From 1637, the existing castle was once again enlarged by Ferdinand of In and Kniphausen, the then castle lord. The extensions were mainly done on the southern wing in Maaslandse renaissance style. This wing was also provided with a floor. On the tower base, a new tower was built in the same style. In 1756 Jean-Ignace de Villenfagne rebuilt the castle into a simple Louis XV style. A castle farm was built near the castle. 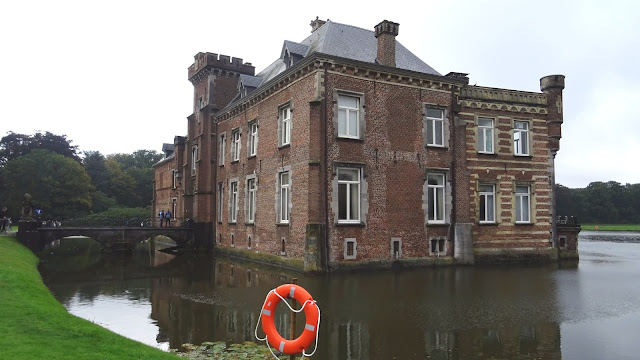 In 1875 Jules de Villenfagne inherited the castle. He was married to Irish Countess Camille Preston. She again changed the castle and the park thoroughly. The southwestern facade and gate building was built in Neo-Tudor style. She also replaced the French garden with an English garden that became much bigger. An island was built in a large pond. Many of the original plantations are still present in the park, which now has an area of 5 hectares. The domain around the castle exceeded 1000 hectares at the end of the 18th century, 450 hectares still remain a private domain. The remaining part is open to the public.
Castles