The Castle of Torhout

The history of Domain and castle d'Aertrycke begins in 1865 when August de Maere, the spiritual father of the harbor of Zeebrugge acquired 98 hectares of the 'Lost Cost' domain. In 1869 he built the centrally located neo-Gothic castle. In 1897, August de Maere, who had been raised to the nobility in the meantime, was granted permission to add d'Aertrycke to his name.
With the exception of a short period after the first world war, the domain remained owned by the family. Xavier de Maere, the last owner of the castle, became known as Deputy Commander of the Belgian South Pole expedition between 1958 and 1959. After the death of his mother, who last lived in the castle, he concluded an agreement with the West Flemish provincial government for the partial opening of the castle to the general public. 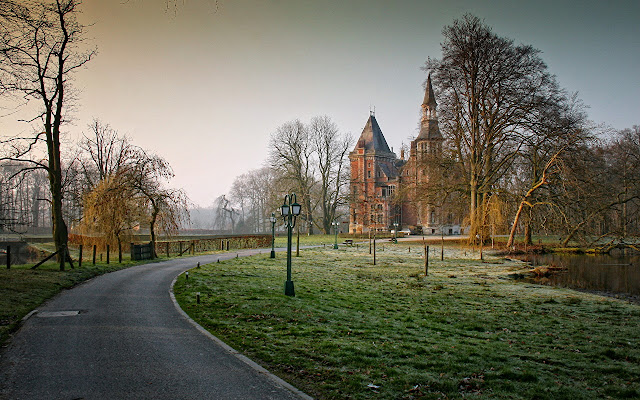 In 2012, the province acquired full ownership and Domain d'Aertrycke became a full-fledged public provincial domain. Today, the castle is a luxury hotel with a restaurant and a convention center. The castle is located in a romantic garden with a large pond, meadows, and forests.
Castles