The tomb of the Unknown Soldier

The congressional column in Brussels was built between 1850 and 1859 on plans by architect Joseph Poelaert who got inspired Trajan's Column in Rome.
The column commemorates the 1830 National Congress, which ratified the Belgian Constitution. The 45-meter-high column includes allegories depicting the essential freedoms of the hen nine, now ten provinces of the Belgian nation. Above the column is a statue of King Leopold I manufactured by Guillaume Geefs. The reliefs and sculptures at the bottom of the column are handed by Eugène Simonis. 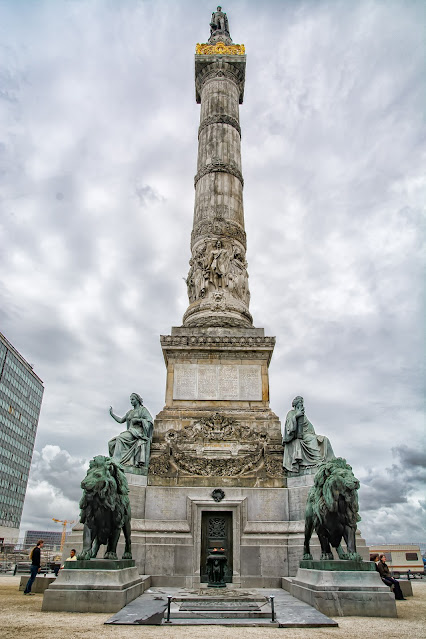 On November 11, 1922, the Tomb of the Unknown Soldier was solemnly opened. It is built inside the foot of the Column. The grave remembers the victims of the First World War with the remains of one Unknown Soldier. In front of the grave, there is an everlasting burning flame.