The zoutwerf quay in Mechelen

The name of the quay next to the river Dijle refers to them alone right that the city of Mechelen manages to get in 1301 to trade salt. Alongside the quay, you can find the last houses of the city that have a wooden facade. The 16th-century house with the name De Zalm meaning The Salmon is one of the most beautiful historical houses of the city. Originally that house was owned by the fish traders, it's the place where they used to sell their fish. In the same street, the Waag and the Steur are also two historical houses that have a wooden facade. 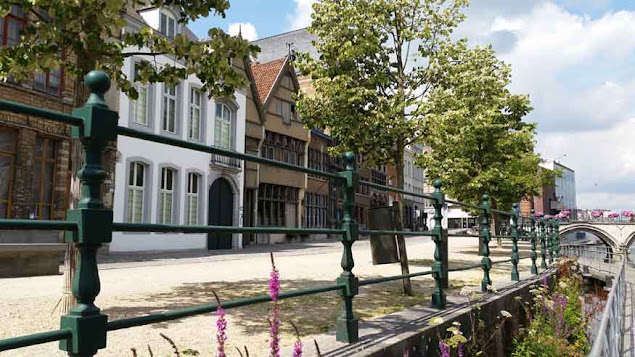 The so-called Lepelaar at number 17, has one is the most beautiful gothic style facades. It was built by architect Keldermans. The house was heavily damaged by the 1944 bombings in the Second World War and collapsed afterward.
Mechelen