The university library of Leuven

When you walk on the Monseigneur Ladeuze square in Leuven you can't miss the impressive library building. The library was built after the previous one was burned down in august 1914 during the First World War. The new one was built in a Flemish Neo-Renaissance style and was completely built on the gifts of the American people. The names of the benefactors are engraved in the facade of the library. 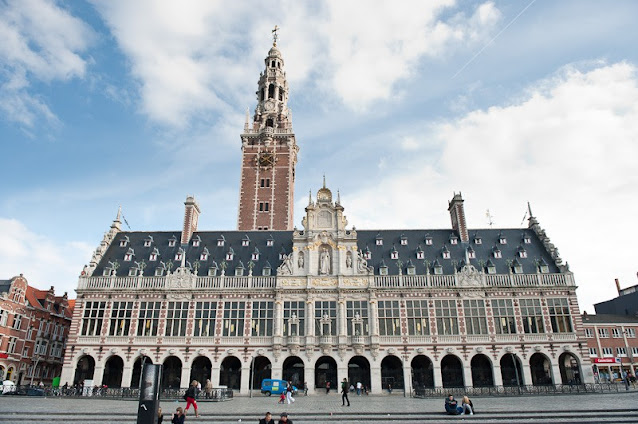 But again, during the Second World War, the building was burned down. The collection of 900.000 books got lost in the fire. And again the library was completely rebuilt, this time on the plans on the previous one. Today the library houses about 3 million books, stacked in big wooden bookcases. They are used daily by hundreds of students that live and study in the nearby world-famous catholic university. 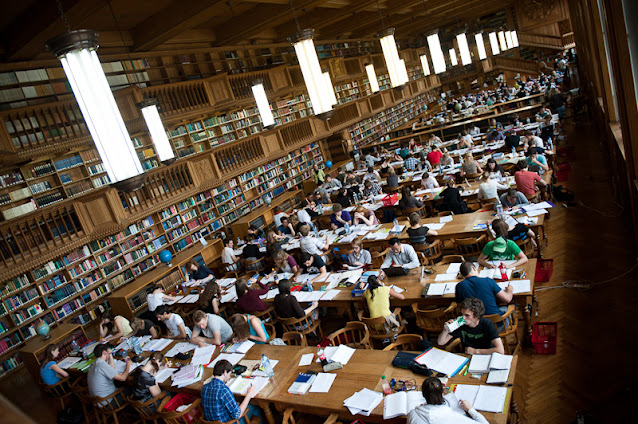 The tower of the building has one of the biggest carillons in Europe. On the side of the building, you can find an embossment of 'Sedes Sapiente' called 'the chair of wisdom'. Since 1909 this embossment is the emblem of the catholic university.
Leuven