The Hof Ter Linden castle is a classicist-style castle located in a highly wooded domain near the town of Edegem in the province of Antwerp. 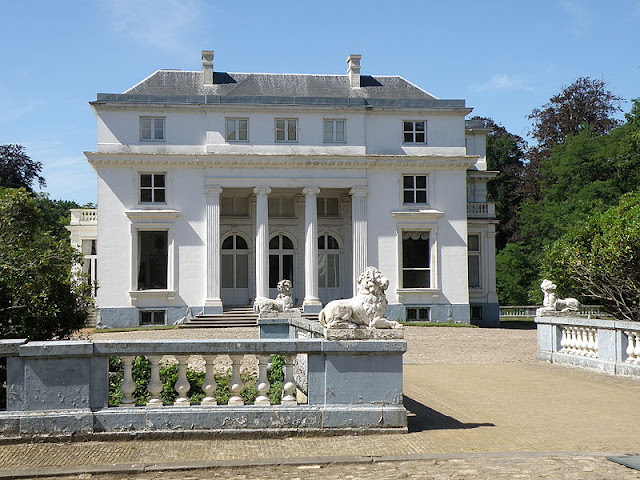 The construction of the original castle began around the 15th century. It was then described as a house with a bridge and gate. Between 1587 and 1588, the castle was occupied by Irish soldiers, these soldiers left the building in a dilapidated state, and until 1609 the castle remained unchanged and in decay. The castle was restored to its original state later that year. In 1724 a lane was built on the east side of the castle and one year later, in 1725 the castle was used as a court of Plaisance. The large double linden tree lane between the castle and the church dates back to 1756 and gave the castle its current name, Hof Ter Linden meaning The castle at the linden trees. 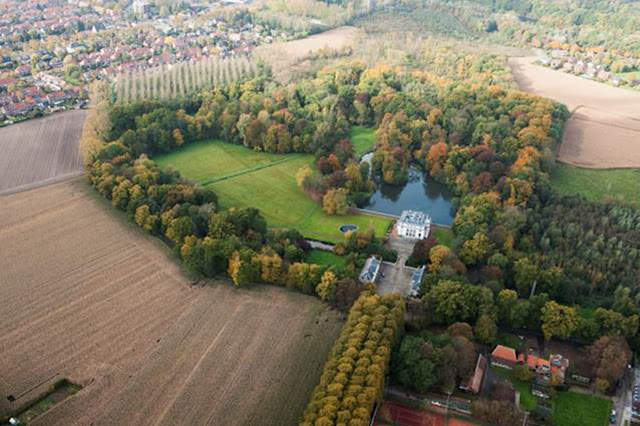 Between 1770 and 1773 the current Classicist style castle was built on behalf of 'S.J.de Neuf'. The interior had intact Louis XVI salons. The so-called Big Salon is designed by the French sculptor Clodion, the dining room with bass reliefs is designed by sculptor G.L.Godecharle. The carriage house and the 17th-century stables were probably added between 1751 and 1770. The castle is now the property of the town of Edegem and is used for different kinds of festivities.
Castles