The heart of Bruges

The cradle of Bruges can be found in the Brug. The first reinforcements of the city were built at this square in the heart of the city.  Both the governmental power and religious power were delegated from this place. 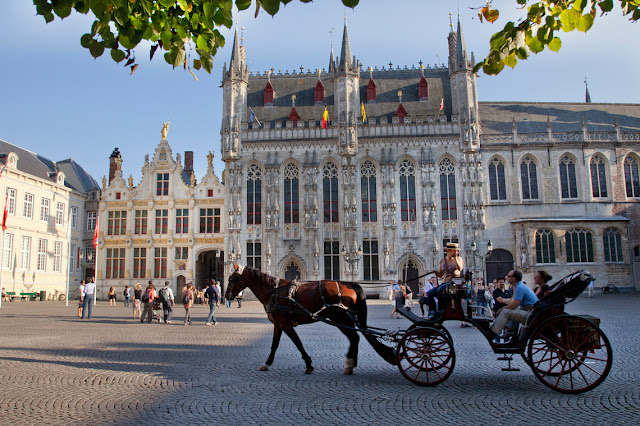 Most of the religious buildings have left the Brug a long time ago. The St. Donatian's Cathedral, the most important church of the city was demolished after the French revolution. The Basilica of the Holy Blood is however still there. 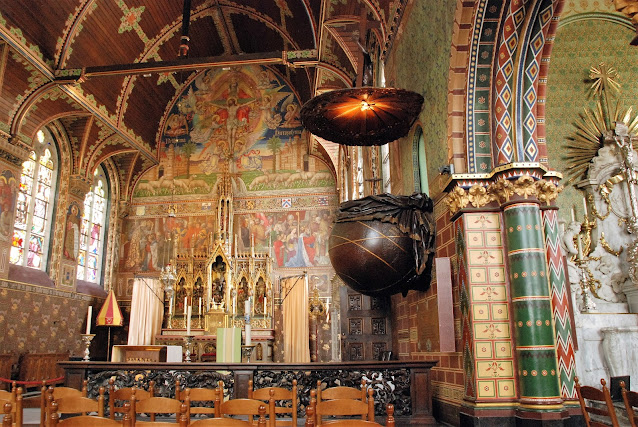 The Basilica houses the blood of Christ that Count Diederik of the Alsace brought with him from Jerusalem after his second crusade. The ground floor of the basilica is a perfect example of the Roman church building, the top chapel, where you can find the 'Relic of the holy blood' itself has a more Gothic and Renaissance mix style. 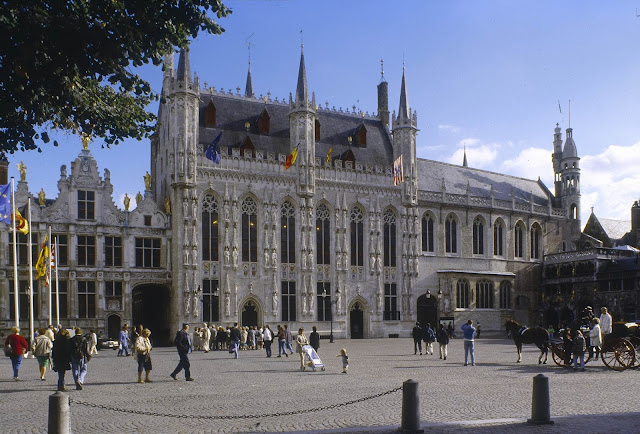 The Councilors of Bruges are gathering for more than 600 years in the city hall that also can be found on the 'Burg' square. The city hall has a Flemish Gothic style and is older than all city halls in Flanders, including those of Brussels, Ghent, and Leuven.