The castle of the devil in Ghent

The Geaardaard de Duivelsteen is a 13th century castle in Ghent. It was named after the original owner and builder of the castle: Knight Gheeraert Vilain, he also was nicknamed the Devil. The castle remained in his family until 1328. Then it was sold to the City of Ghent. 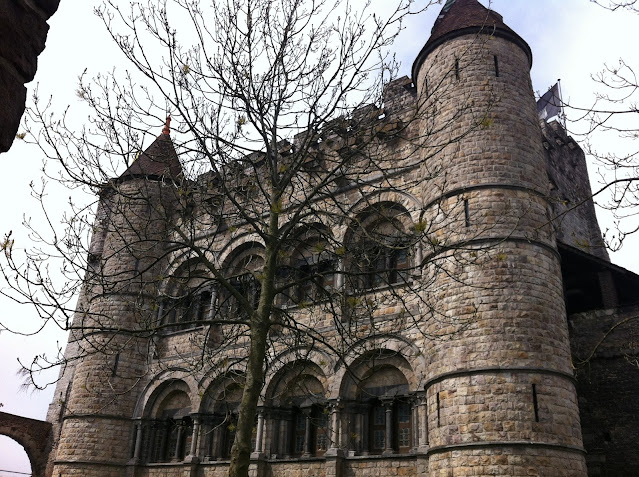 After that, the building has had many destinations: Going from a knight residence to an armorial hall, a monastery, and a school. In 1623 it even became a madhouse. Another part of the building was used as a prison and penitentiary. After a thorough restoration at the end of the 19th century, the castle was used to house the cities archives, they were there from 1904 until the end of 2014. As an extension, a wing was added in a Gothic Revival style.
Castles Ghent