The legend of Minna and the Minnewater

Bruges has a beautiful small lake called 'Minnewater' It's a romantic place where lovers meet all day long. But did you ever wonder why this is? It all started with this legend...

At the time when the Romans had begun the conquest of Gaul, an old sailor had said goodbye to the sea and lived with his beautiful daughter Minna on the banks of the river Reie, at that time called Roya, in Bruges. It was a beautiful place surrounded by forests and swamps. 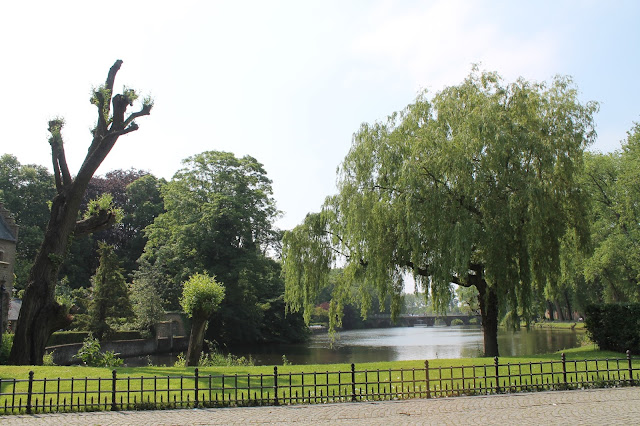 Because he felt that he had not had much longer to live, he was worried about the future of his daughter. Therefore, the old fisherman wanted her to marry as soon as possible. He already had a future husband in mind. He had chosen Horneck, a young fisherman from a nearby settlement he occasionally went to visit. Minna, however, had fallen in love with Stromberg, a young farmer from a neighboring tribe. She did not tell this to her father, because she knew that he hated the neighboring tribe. To arouse suspicion, she kept on postponing her wedding again and again.

When the Romans finally invaded the country, the warriors of all tribes went to war, also Stromberg's tribe. He also went to fight. Promising Minna he would come back to marry her. The old fisherman saw his chance to break Minn's stubborn will and he decided that on the third sunrise she would marry Horneck. Minna was torn between her promise to Stromberg and the will of her father. She cried her eyes red for two nights, on the third morning she went missing. She wandered along the banks of the Roya until finally, she fell, exhausted. 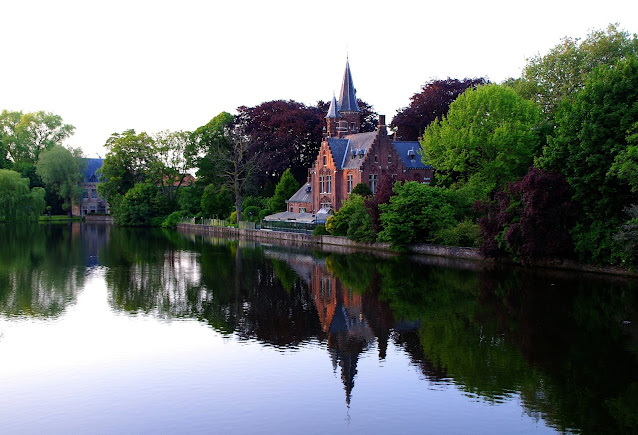 Sometime later, the war with the Romans had ended and Stromberg returned to his beloved Minna. When he heard that Minna had gone, he began a painstaking search. Eventually, he found her, hidden in thick undergrowth on the banks of the Roya. However, she was too exhausted and got sick, she died in the arms of her lover.

First Stromberg wanted to take his own life, but he decided to honor his beloved Minna. He builds a dam in the river to dry out the middle, on the dry bedding he made a grave where he laid his Minna to rest forever. Then let the water back in again. On the bank where he had found Minna, he placed a heavy rock on which he engraved  Minna water. 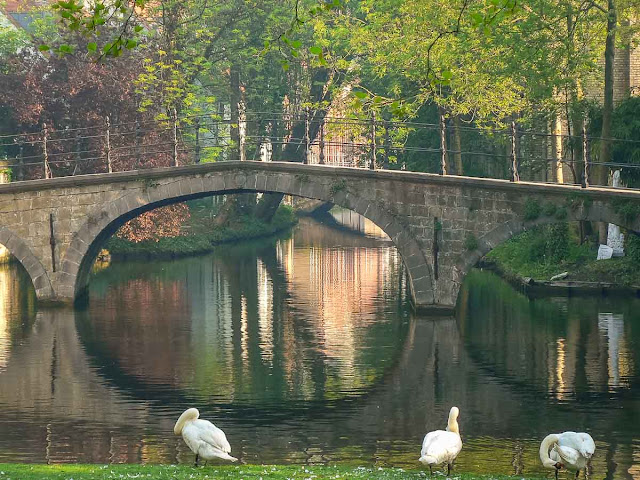 Where once stood the stone, now stands the 'Poertoren by the Minnewater', and where once the dam was is now the Minnewater Bridge. All loving couples want to take a picture there and throw a coin at Minna's grave. Bruges's own Romeo and Juliet are called Minna and Stromberg.
Bruges Legends