By Harry fabel
On the border between the city of Aalst and the Parish of Nieuwerkerken, you can find the castle of Regelsbrugge. The name 'Regelsbrugge' refers to a nearby small bridge that was built in the year 1395. 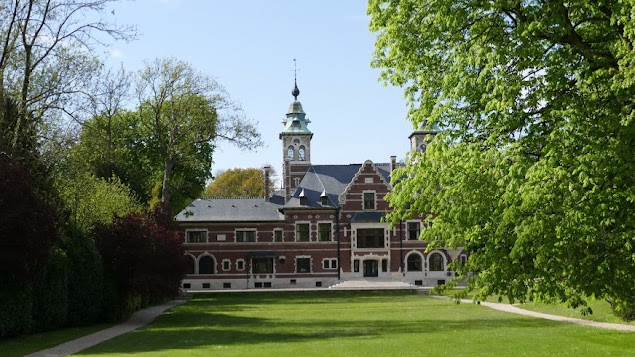 The castle was once a first-class building in Nieuwerkerken and originally had a garden of 30 hectares. Little is known about the origin of the oldest part of the castle. Around 1795, the castle was extensively rebuilt by adding a floor, By doing that, the slender towers lost their graceful elegance. In 1878 one of the side wings was demolished. There used to be a clock in one of the towers. The inhabitants called it the Pattatter Clock and were mostly used at festivities.
The castle was completely broken down in 1933. In the same place, a new castle was built in a neo-traditional style. In the new design, only the two towers have been rebuilt. At the moment the castle is private property and not open to the public.