By Harry fabel
The castle of Bossenstein is a moated castle in the small town of Broechem, north of the city Lier in the province of Antwerp. The first mention of the castle dates back to 1346. The owner of the castle at that time was 'Johannes van Busco' also known as 'Van den Bossche'. To this person, the castle is named today. Other names were Halmaleshof and Allemanshof, after names of later owners. 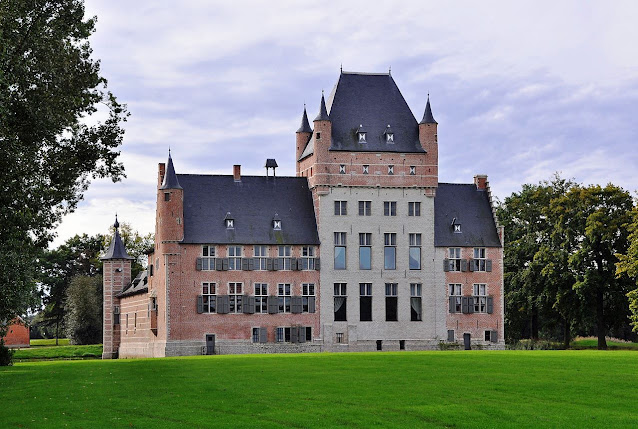 The characteristic of the castle is the keep, which is one of the oldest parts of the castle. The wings were built much later. Because it is a moated castle, the only entrance is through a brick bridge. Central to the building is a courtyard surrounded by galleries. In 1660 Willem van Halmale converted the castle into a magnificent and opulent building. he added the stucco ceilings and mounted panels on the walls depicting the arrival of Ferdinand of Austria in Antwerp. He also built the beautiful driveways to the castle. When you walk up the castle grounds, you can see his escutcheon and the year 1660 on the square gate tower. In the course of time, the castle had a lot of owners. In 1900 it stood empty for a period of time and got in decay. A few years later, during the First World War, the castle got damaged even more. 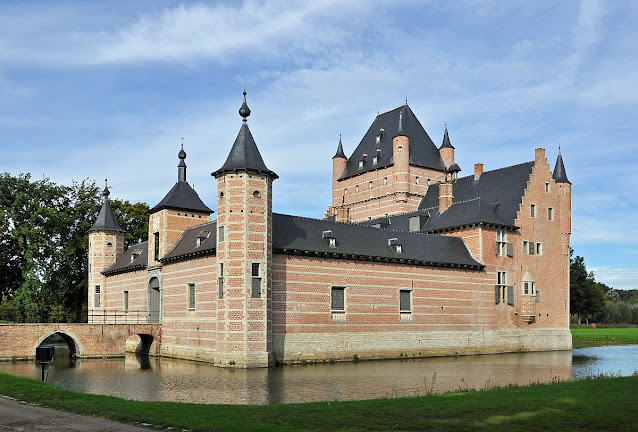 Eventually, it got restored again and altered to the more modern look it has today. Also, big windows were added. Sinds 1962 the castle area is a protected landscape. At this moment the castle is built around a golf course, the Bossenstein Golf, and Polo Club.
Location: Moorstraat 14, 2520 Ranst, België