Wijnendale Castle is a moated castle, located in the wooded area of Wijnendale in the West Flemish community of  Houtland and the Bruges Ommeland area, 3 km from the city of Torhout. The current castle is largely a 19th-century reconstruction. A part of the north wing is dating back to the 15th century. The oldest wing of the castle is inhabited by the owners, the other wing is open to the public and is set up as a museum. 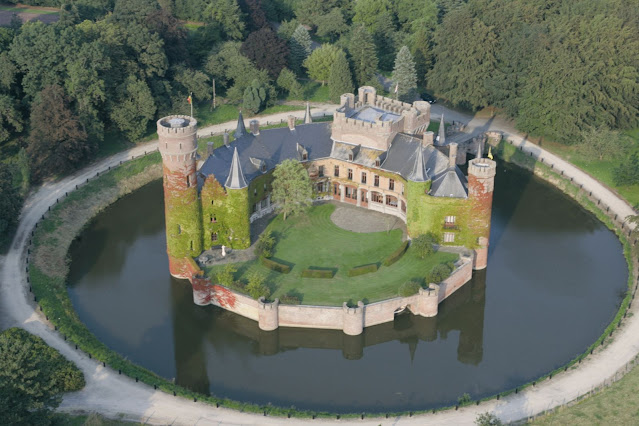 Today the magnificent castle is surrounded by moats. In the museum, you can take a journey through 1000 years of fascinating history, with contemporary presentations, digital screens, and a portable video guide. Children can get started with the games of Robbie's ghost trail. Guide in different languages available by reservation.