The city hall and belfry of Mechelen

By Harry fabel
The original town hall of Mechelen is situated on the Grote Markt, the big square of the city, it consists of two parts: the cloth hall with unfinished belfry and the Palace of the Great Council. The reason that the belfry was never finished is that the cloth trade went into decline at the moment the belfry was built, that was the fourteenth century, there was no money to complete the building. For 200 years the belfry was no more than a shell until it was eventually provided with a temporary roof in the sixteenth century. Well temporary? That roof is still there today. 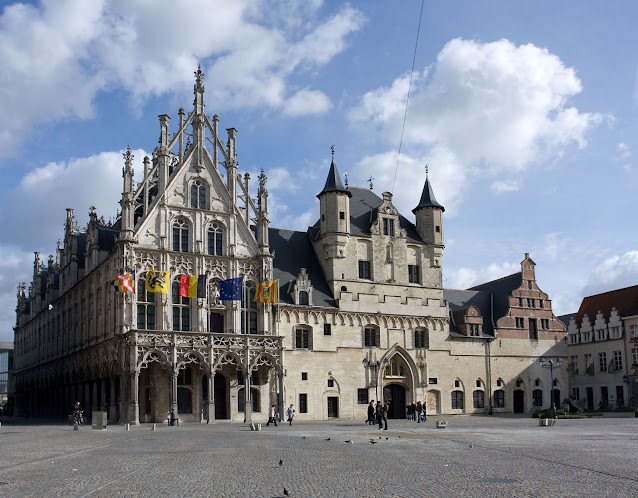 The belfry is now a UNESCO world heritage site. On the right of the belfry, you can see the oldest part of the town hall, the remains of the earlier cloth hall. On the left is the Palace of the Great Council. The Great Council actually never met in the building, because it was completed in the twentieth century in accordance with the original sixteenth-century plans of the then-leading architect Rombout Keldermans. Since 1914, the buildings have all served as the town hall for festivities.
Location: Mechelen, België