By Harry fabel
The castle of Vêves is situated in Houyet, a town in the Belgian province of Namur. After a long and eventful history, the castle is now a tangible example of the vibrant way of life in the past centuries. It's also a wonderful example of the military architecture of that time.
The 15th Century castle is built on a grassy hill and with its heavy walls, five-pointed towers, and high windows, the building looks like a fairytale castle. Timbered balconies overlook a completely enclosed courtyard. Parts of the interior, such as the huge medieval kitchens are still robust and original, the living quarters are rebuilt in an 18th-century style. 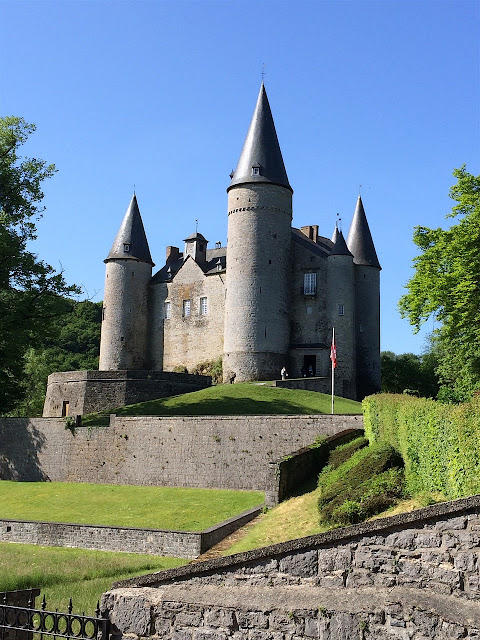 The castle is owned by the same family for more than eight centuries now. The family Beaufort, Barons of Celles, handed it over to their descendants, the Counts of Liedekerke-Beaufort Celles.
Location: Rue de Furfooz 3, 5561 Houyet, België