The museum of torture in Bruges

This aptly titled museum holds the personal art collection of Fritz Mayer van den Bergh, a man with an excellent taste and a predilection for Gothic and Renaissance period pieces from the Low Country region. In 1878, Fritz prematurely broke off his studies in letters, philosophy, and law at the University of Ghent. In that year, his father also died. He went back to his mother's home and schooled himself as an antiquarian, which entirely suited his passion: the collection of art from home and abroad.
De Oude Steen or in English the Old Stone is one of the oldest prisons in Europe. The building dates back to the 11 century and the cellar is the oldest one in Bruges. The building is recently been restored and is now a very interesting but spooky museum, a torture museum. 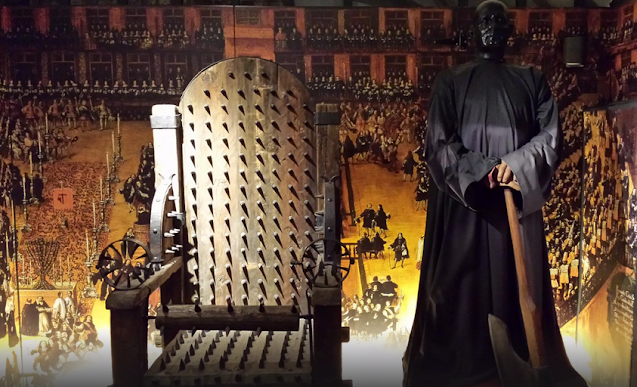 The museum houses a remarkable collection of torture artifacts. Life-like wax figures are used to explain the use and function of the devices. The museum sheds a light on the controversial system of the tortured history in the name of Justice, Church, and beliefs.
Bruges Museums