The St. Nicholas church in Ghent

Between the Belfry and the river Leie and right next to the Korenmarkt you can find the second impressive church of Ghent, the St. Nicholas Church. The building was the spiritual home of the rich merchants and guilds who were trading on the nearby Korenmarkt and its quays. 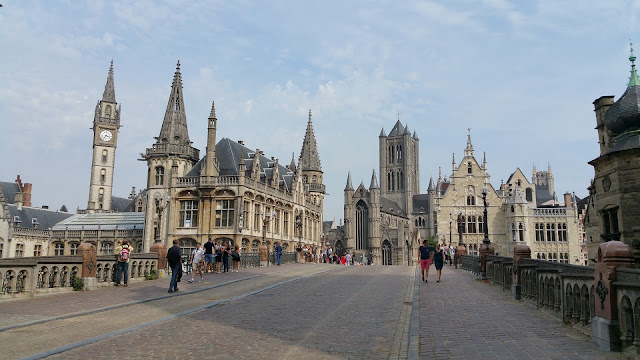 In the 12 century, the merchants and guilds were a major counterforce for the established city notables that visited the church as a place of worship. The most important merchants had their own chapels in the church that they richly adorned with art treasures. St. Nicholas is the patron of the merchants and the peddlers. The 90-meter high tower of the St. Nicholas Church was used as a watchtower, the later built Belfry took over that task. In 2018 the church will be completely restored.
Churches Ghent