The most photographed dog in the world

Fidel is probably the most photographed dog in the world. He spent most of his days watching people pass by in the boats visiting Bruges on the canals. These tourists took pictures, lots of them. And in lots of them, Fidel is in the frame. Fidel didn't mind, it was the only thing he did, snoozing in the window of the B&B he lived in. That was his thing, all day every day. A real dog's life. 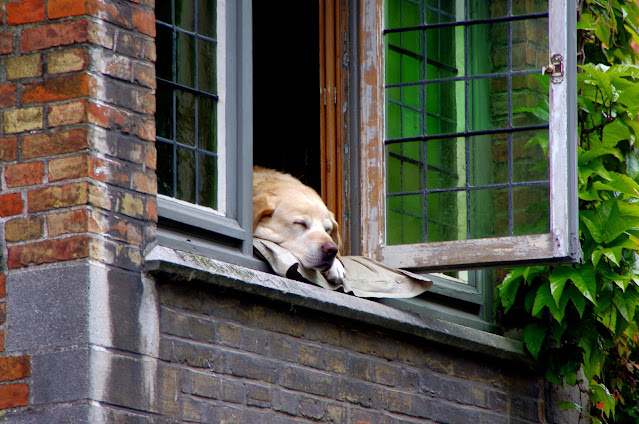 The Golden Retriever died in April 2016 at the age of 12. In dog years that's 84 years old. The famous dog appeared in the film 'In Bruges' by director Martin McDonagh with Colin Farrell.